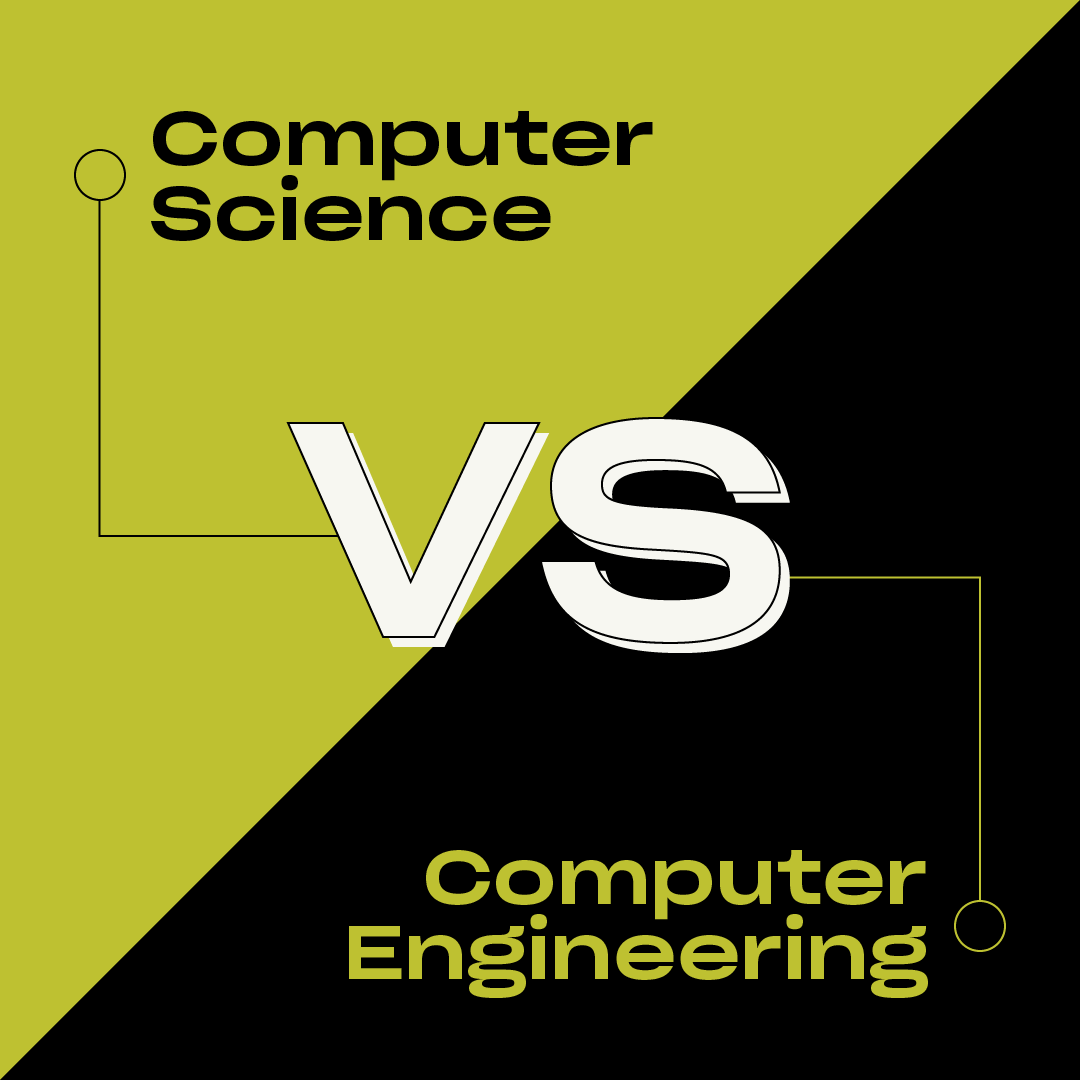 Due to rapidly advancing technology in our modern world, there’s a high demand for science, technology, engineering and math (or STEM) graduates in almost all industries. Two stand-out majors within the STEM field include Computer Science and Computer Engineering.

These subjects appear very similar. Their study modules and coursework often overlap. This could leave aspiring students confused as to which course is right for them.

Despite these two terms being used interchangeably, each discipline demands a unique set of skills and aptitude, which is why educational institutions and universities offer separate degrees for each subject. While one degree deals with various aspects of computer systems, networks, and databases, the other revolves around math and programming.


We’ll go in-depth to explore the differences between computer science and computer engineering, so you can choose the right path for your career goals.

What Is Computer Science?

Computer science is the detailed study of computers. This includes computational theory, hardware, software, algorithms, and human interaction with technology.

Unlike hardware engineers or computer engineers, computer scientists mostly work with software and software systems. Their area of specialization lies in the theory, design, development, and application of software.

It’s the third-most popular major for foreign students in the United States. This is largely due to long-term job security, an above-average starting salary, and diverse job prospects across a range of industries.

Computer science can help students develop computational skills and critical thinking abilities. In addition, computer science courses teach how to create as well as use new technologies. These transferable skills can prove essential to any student, regardless of their eventual career.

What Is Computer Engineering?

Computer Engineering is all about designing hardware and software interfaces. Prototypes are often used to help solve well defined problems.

This field of study combines physics, electrical engineering and computer science. It focuses on hardware rather than software. You learn how to plan, design, build and test devices that perform a specific function.

A Computer Engineer’s job is to understand how to utilize the laws of physics and electronics, to build efficient computer components.

Unlike Computer Scientists, Computer Engineers work in the physical world and create tangible products. In an engineering role you’re more likely to be working on a production line or at a lab bench than sitting in an office writing code.

Computer Engineers have a range of career options available to them, including aerospace, life sciences, mobile development, and robotics.

One way to find out which field is best suited to you is to determine your career goals. For example, if working as a Systems Administrator or in cybersecurity interests you, Computer Engineering may be a better choice. Alternatively, if you want to become a Software Architect or Developer, a degree in Computer Science could be more relevant.

In Computer Science, the emphasis lies in using math to program efficient systems. This can translate into the design and development of any software application. Computer Scientists usually work in software firms, universities, the gaming industry, or even as freelancers.

Computer Scientists have backgrounds in:

On the other hand, Computer Engineers have experience in:

The technology industry is currently flourishing, creating ample job opportunities. By 2026, Computer Hardware Engineering jobs are predicted to grow by 5 %. Careers in Computer and Information Science are expected to increase by 19%.

It’s therefore important to note, the potential for lucrative job opportunities and career growth is excellent, irrespective of the specific field you choose.

How to Start a Career in Computer Science or Computer Engineering

To become a computer engineer or computer scientist, you usually need a related degree from a college or university. The most common structure is a four-year course which includes a placement position. This gives you the opportunity to gain real life experience working in the industry before you actually get hired as a computer engineer.

If you’re interested in a more specialized career such as Software Engineering or Web Development, an online coding bootcamp can provide an alternative, cost-effective route. Bootcamps allow you to study from the comfort of your own home and learn all the essential skills you need to get hired.

Next Steps to Start Your Career in Tech

You should now have a better understanding of the differences between computer science and computer engineering. Hopefully this can help you make a decision about your tech career going forward.

Bear in mind that there is no right or wrong option. Choosing between these two fields depends on your personal preference, background and interests. The good news is, both computer science and computer engineering offer excellent career prospects.

If you’re researching the areas of computer science and computer engineering, you might also be drawn to a career in software engineering. When you’re ready to switch careers and enter the world of tech, enroll in a Software Engineering bootcamp to gain the skills you need for a long and lucrative career. You’ll get access to a full curriculum ultimate become a fully fledged full-stack engineer.