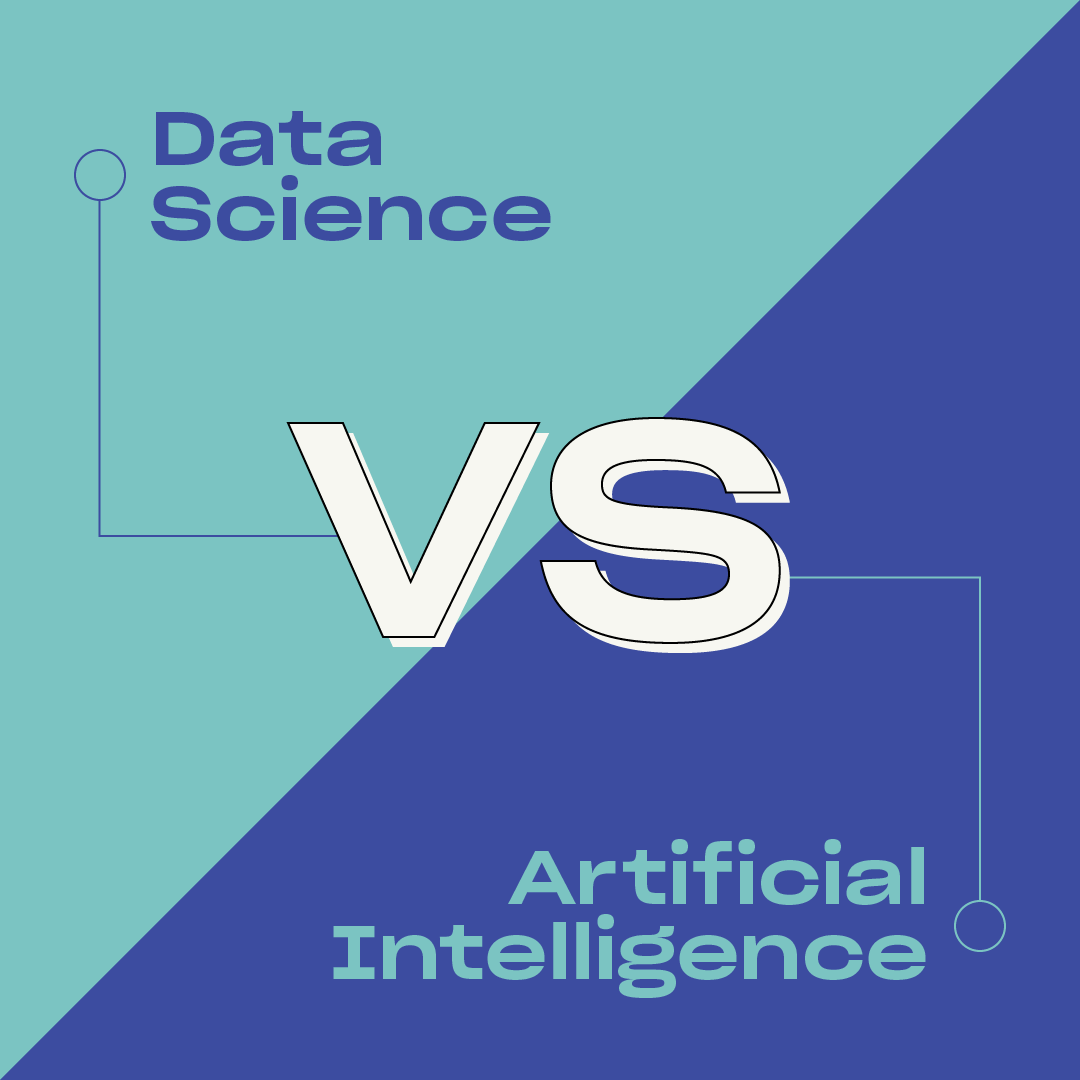 In the modern digital world, terms like data science and artificial intelligence are often used interchangeably—but they’re not the same thing. While both are branches of computer science, there are many differences between the two. This article will help you understand the similarities and major differences between data science and artificial intelligence.

What is Data Science?

Data science is believed to have brought about a fourth industrial revolution, and it is now at the heart of business decision-making. Companies have realized the enormous value in data processing and analysis. That’s where data science steps in.

Businesses large and small are capitalising on the value of data science every day. The more data a company has, the better the business insights they can generate. Companies like Airbnb use data science to process and analyze their customer-generated data to predict customer behavior. This allows the company to address service issues and develop  new features, products and services to offer their customers.Even insurance companies and banks now extract contact information using data science methods.

What is Artificial Intelligence?

Artificial intelligence, often referred to as AI, is  machine intelligence that mimics human intelligence in its capacity for learning and problem-solving. It involves translations, understanding human speech, image recognition, speech recognition, and the process of decision-making.

Artificial intelligence is a product of human creation, developed to enable computers to read, understand, and learn from data, which helps with decision-making. These decisions are based on inferences that are otherwise difficult for humans. New forms of knowledge and inputs are also adjusted in machines with the help of artificial intelligence.

In modern technology, artificial intelligence is divided into two typical uses, general AI and applied AI. General AI handles tasks like speaking, translating, recognizing sounds and objects, and engaging in business and social transactions. Applied AI refers to sensory technologies like autonomous vehicles, aka self-driving cars.  Self-driving cars rely on artificial intelligence and innovative memory – using algorithms to understand patterns and designs. The machine’s capacity for deep learning allows it to understand the underlying pattern. Today, algorithm implementations have advanced so much that we can run them from smartphones and laptops.

What is the Difference between Data Science and Artificial Intelligence?

Now that you understand how the two relate to each other, let’s take a closer look at how they differ.

The important difference is that data science essentially involves pre-processing analysis, prediction, and visualization, whereas AI is the implementation of a predictive model to foresee or predict events.

Data science is an umbrella term for statistical techniques, design techniques, and development methods, whereas artificial intelligence has to do with algorithm design, development, efficiency, conversions, and the deployment of these designs and products.

Data science was developed to find hidden patterns and trends in data. The discipline aims to extract useful data, process it, make sense of it and ultimately use it to make important decisions. On the other hand, artificial intelligence is used to handle data autonomously, removing the human from the entire task  to work on its own.

Data science does not involve a high degree of scientific processing, whereas artificial intelligence involves a lot of high level and complex processing, owing to the fact that it aims to create autonomy in machines to minimize manual work.

Using data science, complex models can be built for extracting various facts,  statistical techniques, and insights, whereas artificial intelligence is meant for building models that emulate cognition and human understanding to a certain level. By emulating cognition, the aim is to create self-sufficiency, meaning the machine would no longer require any human input.

Similarly, the average annual salary of an artificial intelligence engineer is well above $100,000. The average national salary in the US is $114,121, with an average low of $78,000 and a high of $150,000. As career opportunities for AI engineers rapidly expand, AI engineers’ salaries will continue to climb.

Below is a list of artificial intelligence job titles with the highest salaries:

How to Become A Data Scientist

A strong foundation in math, physics, and computer science will put you in a great position to pursue a role in data science, regardless of whether you choose to specialize in artificial intelligence. A basic knowledge of linear algebra and calculus, as well as probability and statistics, is also highly beneficial. Programming is particularly important in artificial intelligence, as the algorithms for machine learning are different from those used in traditional programming. For these and many other reasons, AI engineers will continue to be in high demand across many different industries, including tech, financial services, government, and consulting.

If you’re interested in a career in data science or AI, Thinkful’s innovative, online courses offer a great starting point to launch into the tech industry. You could land a data science job 5 months from now after taking our full-time Data Science course, which combines an in-depth curriculum with personal mentorship and career coaching. Or, if you prefer a more flexible option, our part-time Data Science bootcamp will get you there at a pace that suits your lifestyle.