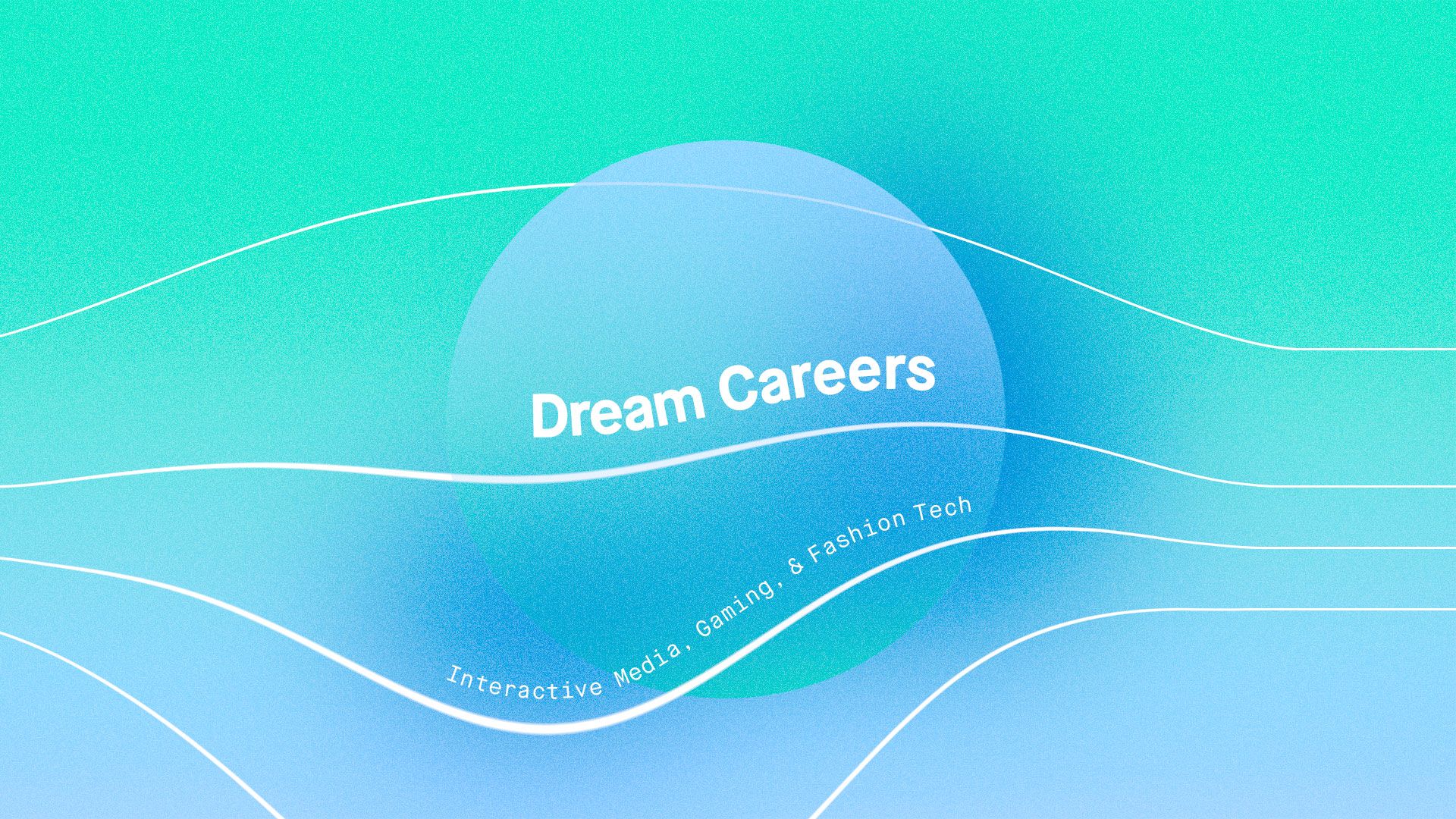 Thinkful’s Dream Careers Series is a new series that highlights people with interesting and successful careers in tech. If they can build a long lasting and fulfilling career in tech, so can you!

What made you choose a career in technology?

I discovered computer science in college. At the time, I was a communications and political science major with two years left at The State University of New York at Albany. When I took my first CS class, a light bulb went off in my head and I thought to myself, ‘oh my God, this is exactly what I want to do’. After that class, computer science became my minor at school, but it became my singular focus for a career.

How did your tech career start? Walk us through some of the roles you’ve had.

My original career trajectory was on a path to academia. I earned a full doctoral fellowship to Stanford University at the Institute for Communications Research to study topics like human computer interface design and the sociological impacts of computing on society.

During the fellowship, I landed a contract with Sony Corporation to develop new interactive video trade show demos. Because of that exposure to the tech industry, in my second year of the fellowship program I chose to leave and start my own business in San Francisco. This was in the 1980s, so we focused a lot on PC-based programming in C, Pascal, and database applications. We created interactive media using laser disks and early CD-ROM products while serving clients like Intel, Apple, Wells Fargo Bank, and Charles Schwab. I ran that company for about six years when my partner and I decided to close up shop and get real jobs. After that, I landed a job at Microsoft and became a software design engineer on the PowerPoint team.

What was it like working at Microsoft in the early 1990s?

A nice thing about working at a giant company like Microsoft in the 90s was that it was powerful. Everybody wanted to talk to you and everyone returned your calls. Coincidentally, the same day I joined Microsoft, they formed the multimedia systems group. My partner and I, and another engineer, actually wrote the very first spelling checker for Macintosh in 1985. After a year of working as a software design engineer, I transitioned and became a product manager in the multimedia systems group where we worked on the system standards for multimedia computing. We brought together the MPC consortium of all the PC manufacturers so that we could actually have a CD-ROM publishing group.

This was also the time where the World Wide Web Consortium was finalizing standards. I was one of the advocates within Microsoft who wrote a memo that went all the way up to Bill Gates. I thought we should’ve adopted the open standards of the World Wide Web, with a few modifications, to our multimedia viewer product. That suggestion was not well-received. After over four years at Microsoft, I decided to cash out my stock options and do something new.

Describe the company you founded and your transition to the executive level.

I raised a couple million in venture capital to create a games company called Splash Studios. We developed some of the first web products for families, created a kids online magazine, and one of the top family friendly websites on the internet according to America Online and MSN.

During a series B fundraising round, we ended up having to shut down. That exposure from Splash Studios moved me up the ladder into the executive layer. I started getting contact from recruiters at Disney and other companies. And I eventually became the vice president of the game studio for Fujitsu, the big Japanese consortium. I spent the bulk of my career at the vice president and director level of video game companies. For instance, I was a director of video game products at Yahoo.

Tell us about executive management in the tech industry. Do you still get to code?

After I worked as the Vice President of Social and Mobile Games at Atari, I had another idea for a startup. And since I’ve founded a couple of startups and I'm an engineer, I thought I’d prototype the idea. When I sat down to write the prototype, I realized pretty quickly that after 15 to 20 years in executive management, I lost all of my hard coding skills!

After I worked as the Vice President of Social and Mobile Games at Atari, I had another idea for a startup. And since I’ve founded a couple of startups and I'm an engineer, I thought I’d prototype the idea. When I sat down to write the prototype, I realized pretty quickly that after 15 to 20 years in executive management, I lost all of my hard coding skills!

So I decided to go out and buy 15 books on coding – everything from HTML to JavaScript to Linux. However, when I tried to study, I wasn't making fast enough progress. This was in 2013, so coding bootcamps were very new. I took a full stack web development course in San Francisco to have more structure and accelerate my learning.

How was your coding bootcamp experience? What job did you land after graduating?

Obviously coding schools like Thinkful are better now than when I went. But I think you come out well-prepared to start your career after a coding bootcamp. You’ll still have another year of really learning how to work within a large organization however, because my course at the time was focused on individual projects.

After graduating, I joined McKesson, a Fortune 500 healthcare company, where I was hired to develop a new version of their patient portal.

How was the transition back into a pure engineer role, where you didn’t have to manage others?

It was kind of a hard sell convincing people that after decades as an executive, I really just wanted to be a software engineer. I told my boss who hired me that I didn't want to be a manager for at least a year. On my one-year anniversary, he came over, tapped me on the shoulder and said, “we need more managers and you have the most management experience in the room.”

Describe your software engineering manager for user interface role at Macys.com. What are your responsibilities?

I joined the company in August 2018 and I currently oversee a team of 12 engineers. At any time, three or four engineers might be assigned to work on the core team creating our coded style guide, which are central assets that are consumed by all of the other pages within Macy's site.

The Macy's site has a very large team with a lot of different specialty groups. One group works on the marketing for the homepage and other people will work on the product detail pages. Others work on a selection and discovery. I have one of my engineers assigned to the voice team and he's working on voice inputs from an Amazon Echo and a Google home. So amongst those 12 people, four will be directly managed by me as we're developing the core assets and then eight others get assigned out to be the user interface experts assigned to one of the other domain teams.

You’ve had some really impressive roles in tech. What motivated you to go after new jobs?

I always want to try something new and different every decade of my life. When I went back to school, I was the most senior person in my class at 53. I became a scuba instructor when I was 43 years old and I became a standup comedian when I was 47 years old living in LA.

I’ve had much success, but I’ve gotten laid off about five times and I’d have to move on and work at other companies. One of the reasons I chose to go back and get reeducated as an engineer was not just because I felt like I needed it to create a startup. I also wanted to give myself job security because as I became older, I’ve seen a fair amount of ageism in the industry.

I don't really let it affect me that much because there's biases all around—racial biases, gender biases etc. I've always tried to reinvent myself throughout my career. I like to stay current on my knowledge and mentorship relationships.

You’ve mentored with Thinkful for about 5 years now. Why do you like mentoring?

Mentoring for Thinkful’s Engineering Immersion course has been great! I’ve been mentoring with Thinkful for this long for a number of reasons. I really enjoy it because now at this later stage of my career, I like working with younger students and giving back. Mentoring also helps me reinforce concepts and learn new things. The best way to learn something is to teach something, right?

What advice do you have for prospective Thinkful software engineering students?

You’ll have to commit yourself fully and you’ll have to understand what you're getting into. Being a software engineer is not an easy job. It's going to require some significant focus. You're going to have to work hard at it!

One of the things I tell everyone is that if you can’t handle a daily dose of frustration, software engineering might not be a good job for you. In order to be a software engineer, you have to be the kind of person that accepts a challenge and doesn’t lose their temper. If you enjoy solving puzzles, you’ll enjoy this career.

Choosing a career in software engineering is not something you can take lightly. You’re not going to be able to just dabble in writing code because then you’ll never get good at it. Don’t doubt yourself. Commit, dig in, and then be patient.

Want to figure out the best tech career for you? Take our quiz.