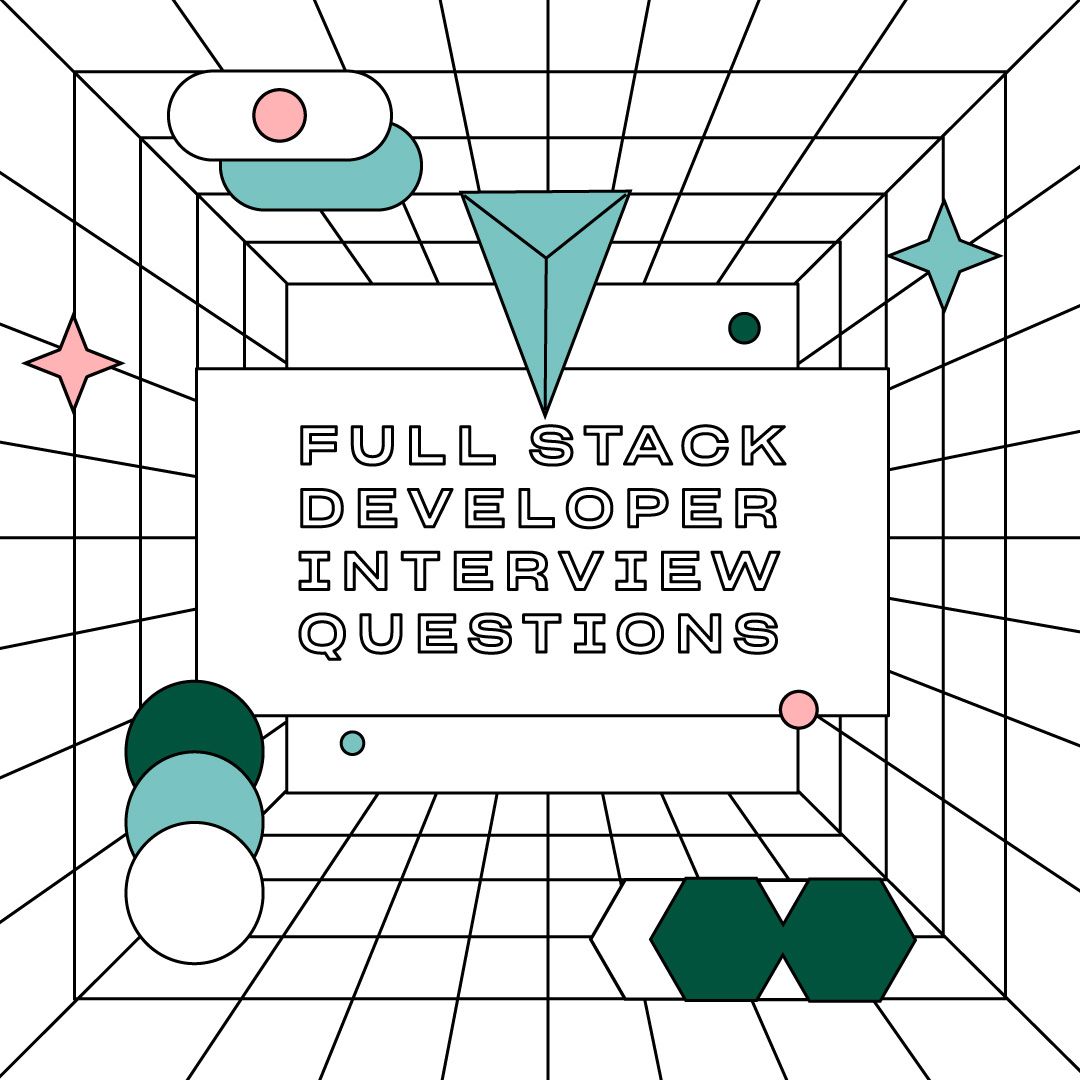 The COVID pandemic might have disrupted the economy worldwide, but interviews still go on, and talented developers are getting hired. Job applications have already transformed into a completely online process, courtesy of the new social distancing guidelines. So it’s important that anyone looking for work understands how to succeed in an online interview.

In this article, we’re going to go over the most commonly asked questions during a full-stack developer interview. By preparing for these questions in advance, you’ll be ready to offer up thoughtful responses and ace your interview - whether it’s held in-person, on the phone or over Zoom.

Start by giving a brief definition of a full-stack developer.

You might say something like, “A full-stack developer is a web developer or an engineer who can handle all tasks related to databases, servers, systems engineering, and clients. They work with both the front end and the back end of a website or application. Depending on the project, they can work with databases building user-facing websites, a mobile stack, or a native application stack. Full-stack developers work on both the client-side as well as server-side software. Since they work on the entire stack of an application, including front-end technology, back-end development languages, databases, servers, API, and version control systems, they are therefore called "full-stack" developers. A full-stack developer has the knowledge to work on all three layers of software development, which are presentation, business, and database.”

2. What characteristics make you a successful full-tack developer?

This question can be considered as an extension of the previous question. However, the key difference lies in the fact that this question asks about your perspective of being a full-stack developer. The interviewer might be looking for something more than a textbook definition, which you’ve already provided earlier. This is about your understanding of what it takes to become successful as a full-stack developer.

Some tips to help you answer this question lie in the fact that full-stack web developers are familiar with HTML, CSS, JavaScript, and back end languages. Usually, most full-stack developers would specialize in a specific back-end programming language, such as Ruby, PHP, or Python. However, seasoned developers will sometimes work with more than one language.

You can occasionally spot job openings for specific languages; for instance, “Full-Stack Ruby Developer Required” or “Opening For Full-Stack Python Developer”. Some full-stack developers also take up other courses like product management or UX design to make their stack ‘full’.

The primary responsibility of a full-stack developer is to convert user requirements into a comprehensive architecture and implement it in new systems. A full-stack developer isn’t likely to master all the technologies. However, they are expected to work on both client and server-side related development while understanding the process of developing an application. They should also have a sincere interest in learning all kinds of software technologies.

3. What are the key roles and responsibilities of a developer?

4. Describe some pros and cons of working in full-stack development?

Full-stack developers are generally involved in a horizontal technical requirement. This means that they can make a prototype for a product rather quickly, owing to their wide spectrum of skillsets. They also have a broad technical perspective and a diverse technical approach towards problems.

Full-stack developers are also well aware of the industry techniques and products.  This means that they can always provide valuable feedback and suggestions on a product or design based on their expertise. From another perspective, they can also assist other members of the team in ‘developing’, thereby reducing time and technical costs related to team communication and technology docking.

5. What skills do you bring to the role?

Your interviewer likely won’t ask you this exact question, but you should know about the various skills listed below to answer related questions easily.

As an aspiring full-stack developer, you should master essential front-end technologies such as HTML5, CSS3, and JavaScript. Also, a knowledge of third-party libraries such as jQuery, LESS, Angular and React JS is sometimes a desirable trait for certain roles.

Many experts feel that companies rarely need someone with expertise in three or more languages. This is applicable for full-stack developers, too. So, they should specialize in at least one server-side or back-end programming language, for example, Java, Python, Ruby, or .Net.

Fundamental know-how of designing is recommended to make it as a successful full-stack developer. Moreover, they must also be well-versed with the principles of basic prototype design and UI /UX design.

Knowledge about Database Management Systems, or DBMS technology is another significant criteria required to be a full-stack developer. Some of the widely used systems for this purpose are MySQL, MongoDB, Oracle, and SQL Server. Also, being familiar with caching mechanisms such as varnish, Memcached, or Redis, is always an added advantage.

A full-stack developer should also possess sufficient experience in handling web servers like Apache or Nginx. Industry experts echo that a good background in Linux can be tremendously helpful in administering servers.

A version control system allows full-stack developers to track all the changes made in the codebase. Hence, knowledge of a distributed VCS like ‘Git’ helps full stack developers understand how to derive the latest code, update parts of the code, or modify other developers’ code, without running into problems.

In addition to the technical skills above, a full-stack developer should also possess the following:

So there it is: full-stack web development requires a sound technical foundation, strengthening your core skills, and continuing to learn to deal with challenges. But even more than that, to become a successful web developer for your dream company, you’ll need to also learn how to ace an interview.

By becoming familiar with the questions and answers listed above, and being educated in web development, you’re set up to succeed in your next online interview. If you’d like more guidance on kickstarting your career in tech, Thinkful’s team is ready to give you all the support you need to guide you in the right direction.


Learn to Code with Thinkful