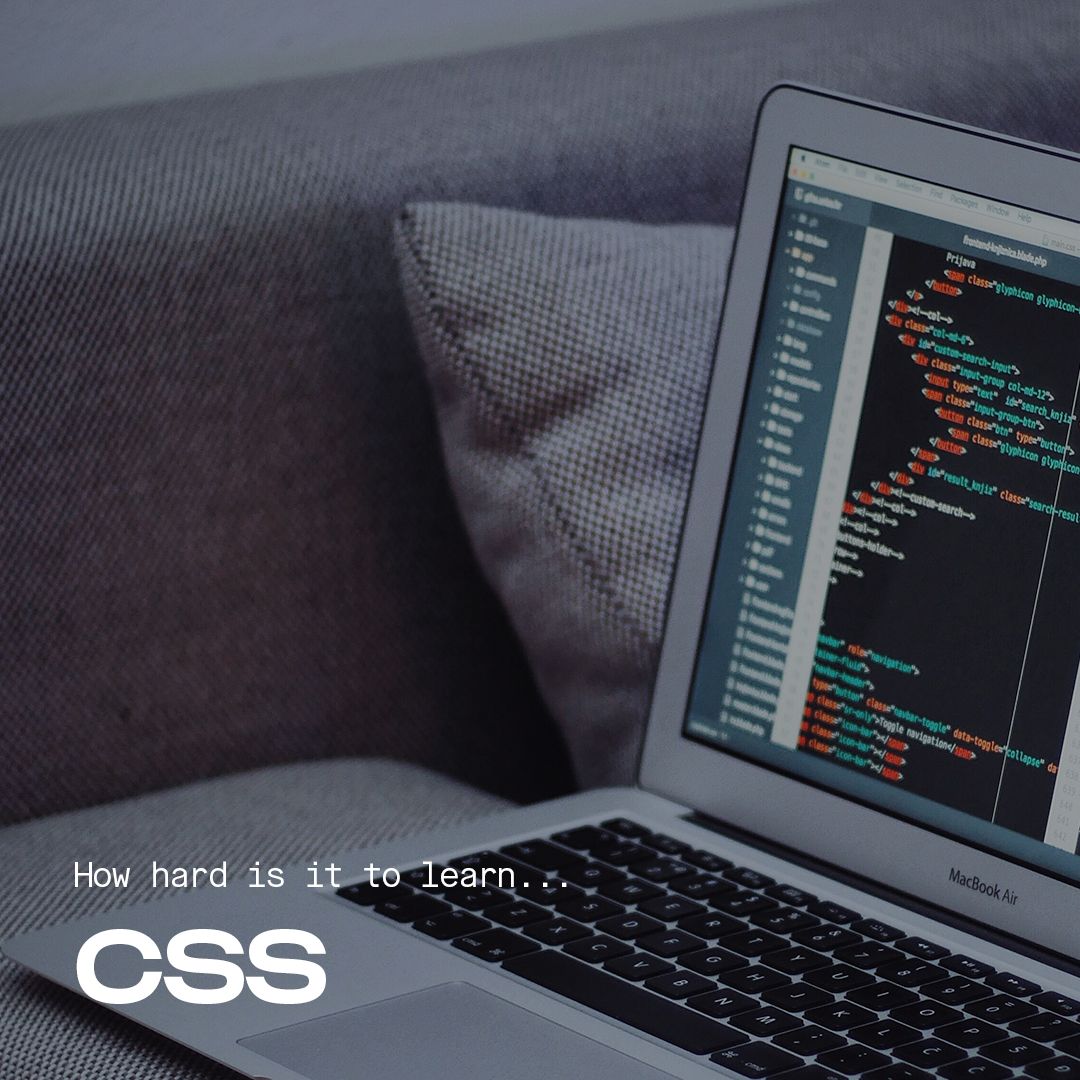 How Hard is it to Learn CSS?

Chances are you’ve heard of HTML, even if you don’t know what it stands for. But are you familiar with CSS? CSS is widely used by software engineers, so if you’re interested in pursuing a career in the tech industry, then you should consider learning some basics.

Web developers use CSS to manage the visual aesthetics of a web page. CSS allows you to change the color of the text, font style, spacing between paragraphs, column size and layout, background images and colors, layout designs, device screen adaptability, and other similar effects.

CSS is not only simple to understand and easy to learn, but also offers more control of an HTML document presentation. CSS is quite often combined with markup languages such as HTML or XHTML.

CSS is used to add stylistic features to pages.

While HTML helps in structuring an internet document, CSS handles the task of specifying your document’s style. That means HTML allows functions such as defining headlines and paragraphs, embedding images, video, and other media. On the other hand, CSS helps you specify your document’s page layouts, colors, and fonts.
To better compare, think of HTML as the frame of a car and CSS as the bodywork. You can combine them in multiple ways to create unique vehicles, but a sedan can’t be the same as a truck!

Role Of CSS In Web Development

To become a successful front-end developer, you must have a deep understanding of both HTML and CSS. The first skill to learn in web development is HTML. HTML is essentially a standard mark-up language, and its knowledge will allow you to create stylish and attractive web pages. The best part of HTML is that it’s easy to learn and understand. It has been used for decades now in web development and is particularly significant in front-end development.

However, once you’ve understood how to design using HTML, you’ll want to take your skills a step further--that’s where CSS comes in. CSS allows you to uplevel your designs and truly bring a website to life. CSS lets you add colors, background images, and other visual features to your website. With that being said, when you learn CSS your design skills will really begin to shine.

As you can see, you’ll want to know both HTML and CSS to thrive as a front-end developer.

How Hard Is It To Learn CSS?

By studying others’ code, anyone can learn the basics of CSS. The key, however, is not just to read it, but to also break it down until you understand it. Once you put the effort in to study CSS, you’ll soon realize that it’s not as intimidating as it may seem at first.

CSS is vast and there are diverse, interesting applications of it. It can be said that CSS is easy to learn, however, mastering it is a bit of a task. While making a simple website can be learned quickly, becoming fluent in CSS usually takes much longer.

Learning this styling language requires dedication and determination. Although learning any new language is a demanding experience, many CSS learners describe the process as one which gradually gets tougher. Some reasons why developers consider CSS as hard to learn are:

How To Learn CSS

There’s a plethora of online resources out there to help you learn to code. And while you can teach yourself CSS, you’ll need to invest in an online web development course if you want to learn the full scope of technical abilities and soft skills that lead to a long-term engineering career.

Your first step should be to identify what type of learner you are to choose a course that suits you best. For many career-changers, the freedom of taking an online course offers a major advantage over traditional in-person classes. If you want to learn CSS in-depth, it’s a good idea to look into high-quality online courses like the Software Development bootcamp from Thinkful, which pairs you up with a mentor while you learn.

Regardless of which route you choose to take, build a solid habit of learning consistently. Over time, you’ll start to see a dramatic improvement in your skills.

Hopefully you’re now a bit more clear on what CSS is, and which steps you’ll need to take to improve your programming skills. Learning and mastering a language like CSS can be intimidating. It takes time, patience, and plenty of troubleshooting. But once you start using this language first-hand, you’ll quickly realize the benefits of this powerful programming tool.

If you’re looking for more guidance as you launch your web development career, Thinkful’s team is here to help you find the right course, learn with a personal mentor, and ultimately land a job you love.