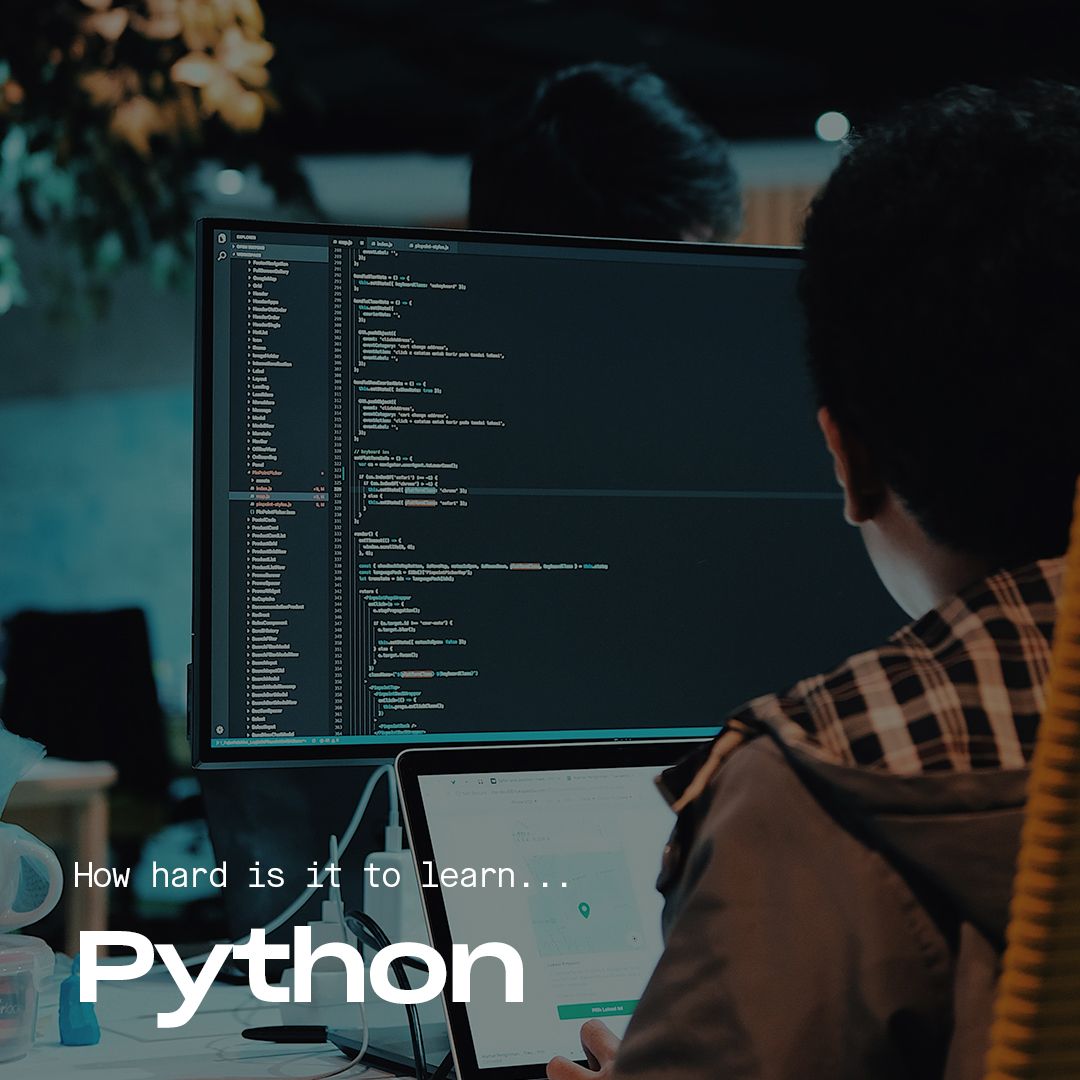 How Hard Is It to Learn Python?

If you’re reading this article, you’re likely interested in learning about the programming language Python. Since it’s one of the most popular coding languages, it’s common for beginners to wonder how hard Python is to learn, and if it’s worth pursuing.

Python is an integral part of various IT ecosystems, especially as a back-end programming language. It’s used by Netflix, Google, Instagram, Spotify, Stripe, and countless other tech giants. Undoubtedly, learning Python would help you kickstart your new career in tech. So let’s delve into the basics of Python, whether it’s easy to learn, and what you can expect from this ‘reptilian’ language.

How Hard Is It To Learn Python?

Because the readability and other structural elements of Python are designed to be easy to understand, especially for English speakers, it's relatively easy to learn. This is a great first or second language for beginners.

However, Python is not limited to basic use. It supports some of the most complex websites and apps in the world.

Python was created in 1989 by Guido van Rossum and was released later in 1991. The initial purpose of Python was to make programming easy as it focused on code readability. It can run on diverse platforms such as Windows, Linux, and Mac OS, and is open-source software.

Why Is Python So Popular?

The most appealing characteristic of Python is that it is an interpreted language. Interpreted languages are the programming languages that do not need to be compiled to run. An interpreter can run python code on any kind of computer, by itself. This means the programmer can quickly see the results, if or when they need to modify the code. On the flip side, this also means that Python is slower than a compiled language like C. And that is because it is not running on a machine code directly.

Now you can probably see why Python is one of the most favored programming languages by developers, data scientists, software engineers, and hackers! And the key factors behind its diverse userbase are flexibility, versatility, and object-oriented features. This is also why Python is used in complex fields like Machine Learning (ML) and Data Science (DS).

What Else Is Different About Python?

How Easy Is Python to Understand?

Let’s begin with a simple example by comparing Python and an equally popular but contrasting language, Java.

The same phrase in Python would look like this:

Note the difference. In Java, someone, who has never seen code before would need to understand specific terms like “class,” “static,” and “void.” This makes the Java code difficult to understand unless you know its basics. On the contrary, Python is rather different. There are no particular words that can only be understood by programmers. Anyone can understand Python easily, and usually, its code is much shorter than other languages.

Also, Python is not just easier to understand, but it’s also easier to learn. That is why there are more and more new developers in Python, as compared to other programming languages. About 22% of Python developers have coding experience of less than a year.

How To Learn Python

Start Your Career in Software Engineering

Yes, learning programming can seem like a tough nut to crack, but the truth is that Python is easier than you may think. By developing a learning habit and using online resources, you can learn to code from the comfort of your home!

We’ve developed a software engineering bootcamp that prepares you for a career in code. You’ll learn alongside industry experts, and pick up the skills employers need.