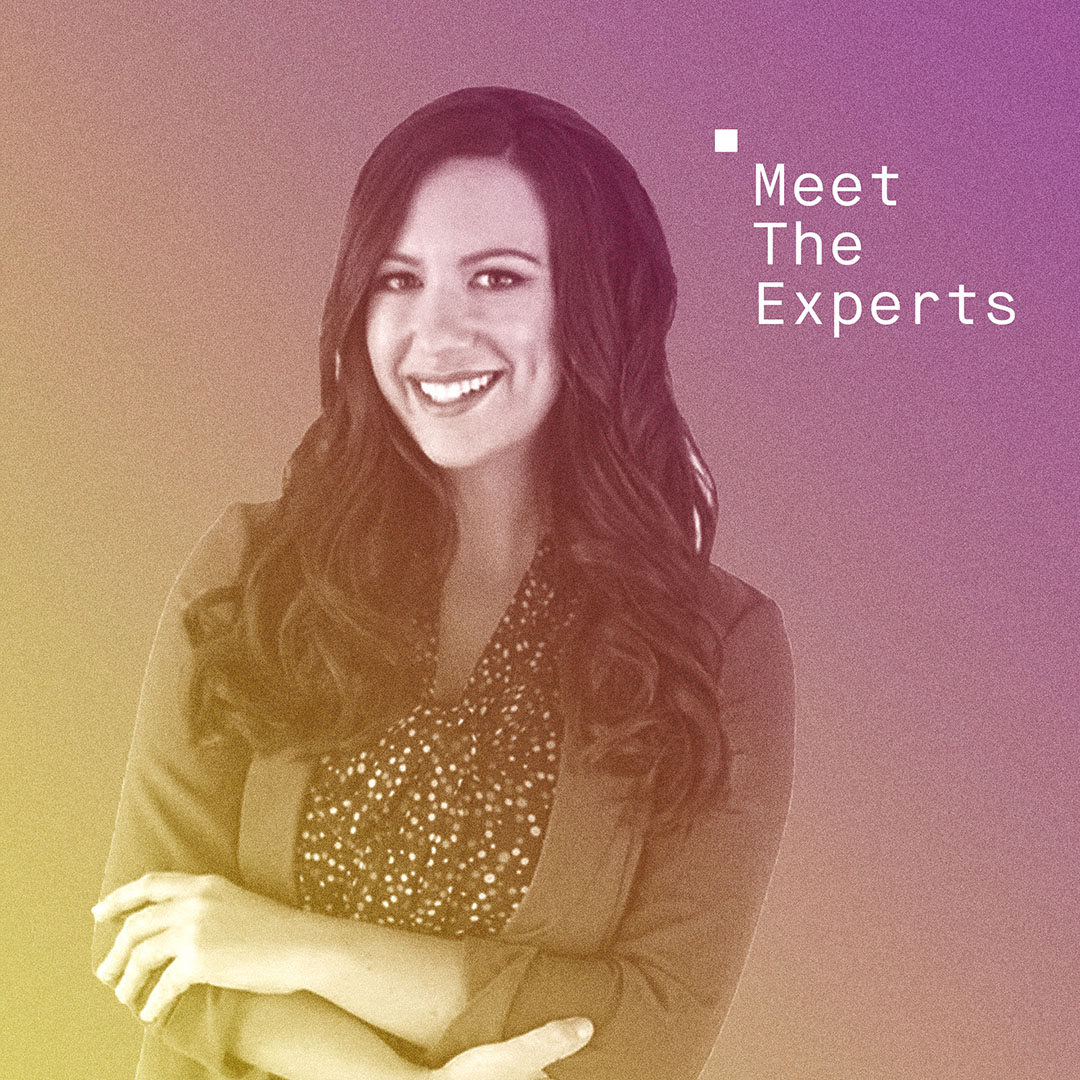 Explosive job growth. Low cost of living. Large millennial workforce. These are just some of the reasons Phoenix AZ has become one of the hottest tech markets in the country. To understand how to make the most of opportunities in this burgeoning yet underrated tech hub, we chatted with expert Jackie Roberts. Jackie serves as Global Director of Employee Engagement at DoubleDutch, an event management software company which recently decided to build out its tech team from Phoenix's large talent pool.

Tell us a bit about yourself and what led you to Phoenix.

I’m originally from Ohio. After I graduated college, I started in the marketing industry, in construction actually. My work involved engineering, but in a very different way than now. After the crash of the market in 2009, I wanted to move a place that was growing. I also wanted warmer weather. I’d visited Phoenix previously so I made the move out here.

Initially, I worked in door-to-door sales, which is a bit of a grind. But it was a really good experience. From there, I landed my first startup gig, working for LivingSocial. This was back before anyone even knew what a daily deal was. It was one of the fastest-growing companies and it gave me my first taste of a fast growth [environment]. From there, I continued to work for a couple of other startups that were in a fast-growth phase. The most notable, besides DoubleDutch, was Booker Software, a scheduling software based in Manhattan. They asked me to help open their Scottsdale office. We grew that office and hired about 40 people in a year. I also took over their Southern California operations. It was a great experience to build something from the ground up.

Now I’m at DoubleDutch. I landed here after having all those experiences opening offices, recruiting talent, and building teams and culture.

What initially attracted DoubleDutch to Phoenix?

I was hired a month after we opened the office. I wasn’t part of the team that originally chose Phoenix, but I can tell you about the process. We actually looked at 15 cities and weren’t necessarily looking for exactly one area. We looked far and wide, from places like Charlotte to Chicago. We were more interested in finding a location where we could grow. We wanted the culture to mirror our office we have in San Francisco.

We chose Phoenix for a few reasons. For one, there was lot of potential for talent because of all the universities here. Arizona State University, University of Arizona, Northern Arizona University, and Grand Canyon University are all really great talent pools. Secondly, the labor and wage expenses compared to San Francisco were significantly lower. But it wasn’t about cutting our costs. We can hire someone here and pay a really fair salary, and [that employee], in turn, can still put money back into the economy and buy a house. This isn’t what we were seeing in our office in San Francisco. And lastly, we were attracted to the culture of Phoenix. Our CEO and founder recognized that Phoenix was like an early stage Silicon Valley, and he wanted to be part of this exciting time. He was really drawn to how enthusiastic people were about startups and entrepreneurs and how welcoming everyone was.

We’ve been really excited about the talent in Phoenix. When I interviewed, I was told we wouldn't be hiring tech talent here. It wasn’t on our roadmap originally. But as things began to heat up and we started having so much success, we said, “Why don't we start looking around in Phoenix?”

In San Francisco, we’d also noticed that anytime the next potential unicorn appeared, people were more willing to make a move causing turnover.

Conversely, in Phoenix, people don’t leave as often. They can be more loyal and oftentimes have families to support. All of our open roles are in Phoenix and we are focused on growing engineering here right now.

Phoenix is a fairly large city especially compared to some of the tech hubs located along the coasts. Are there certain challenges that stem from the sheer size of the city?

A little bit. We’re pretty spread out and every city has its own local government, and their own downtown area. Those of us in downtown Phoenix have to make a point to stay connected to the businesses that are in Scottsdale for example. Thinkful and other coding schools have really created a lot of community-related events downtown. They’re drawing people in from all over the place and really tying everyone together. But I think that’s the biggest challenge. We’re all in different pockets of the city, in different suburbs. How do we create one inclusive community that encompasses all of Phoenix or the valley?

You’re involved with Girls in Tech - Phoenix. What inspired you to join the organization and how do you think Phoenix is faring compared to other cities in terms of getting women into tech?

I got involved in Girls in Tech just because I’m inspired to get more women and especially young girls involved. Technology’s not going anywhere. Being a mother and having a daughter myself, I want young women to be aware and prepared for something that’s going to be part of our lives always. Getting into tech doesn’t necessarily mean you have to code, either. Learning code is a great thing, but there's so much more. I was also really drawn to Girls in Tech because it not only supports girls already in tech, but it’s also educating girls at a young age and empowering them to get into technology.

In terms of Phoenix, we were a little bit late in establishing a chapter here—it was a little over a year ago—but the excitement has been incredible. Our initial event had 850 RSVPs, which is just unheard of for a networking community of our size. It’s been a really exciting thing.

Besides Girls in Tech - Phoenix, what other organizations are doing a great job building community?

There's a movement called #YesPHX. It was started by a group of people that wanted to create a more inclusive community, where everyone can get involved and jump in. It’s not owned by anyone and you can use it freely. People have created happy hours using the hashtag and it’s drawn people from all over. Their holiday party often has 600 to 800 attendees. So that’s been a really exciting thing.

Additionally #YesPHX is involved with Startup Week, which is always great. There’s also Startup Grind, which hosts monthly events in which founders talk about their vision behind their companies. People come in from all across the valley, and they’re always beneficial.

Do you have any advice on how to build relationships in Phoenix?

Events are definitely helpful, but it’s also really common to have coffee and lunch soon after being introduced. Whenever new companies arrive in Phoenix, there’s a handful of insiders that serve as connectors and introduce them to everyone. I try to make myself available a few days a week for such meetings, whether it be for a quick coffee or lunch.

In general, I’d recommend trying not to be too internally focused, because a lot of external meetings open doors in some way. I’ve met with someone that’s a friend of a friend or someone who doesn't necessarily have anything to do with my business and it’s led to an unexpected opportunity. This morning, I had coffee with a recruiter who I met through another business leader. I always try to help people out and usually it comes back tenfold.

We’re amazed that you’re able to find time to have coffee with strangers considering the demands of your job and the different organizations that you are part of.

I’m involved with the Big Brother Big Sisters program too. My little sister has been in my life since she was 13, and she’s now 20. She actually lives with me. She was having trouble in school and moved in a couple of years ago. Now she has her high school diploma. Her story exemplifies another characteristic I love about Phoenix- It’s a community that cares about mentorship.

Are there things going on in the Phoenix tech community that you don't think are receiving enough attention? What should people be talking about more?

Biotech companies are starting to pop up here and I’m not hearing much about it. I don't think Phoenix is really known for medtech or biosciences yet but I’m seeing a lot of startups with ideas related to those fields. There's also lot of interesting things happening with the Mayo Clinic. The University of Arizona is also opening their biotech campus in Phoenix. It’s going to be really interesting over the next five to 10 years.

We’ll certainly keep our eye out for opportunities for our students in that industry. To conclude our conversation, we have a rapid-fire questions for you starting with..

During the week, where do you go to run into other folks in the tech community?

Hidden Track Cafe. It’s on downtown Monroe and 1st Avenue. Right across the street from me. I went there this morning and ran into someone I know. You easily run into other tech leaders, because the building in which its located is somewhat of a tech building. And it’s near City Hall, so you run into a lot of other types.

What is your favorite activity to do in Phoenix outside of work?

I love all things local. In Phoenix, there's always something to do in terms of festivals and concerts. I’m someone who looks at all of the different guides and tries to do the things that are only happening that particular weekend.

Final Question. What three words would you use to describe the tech community in Phoenix?