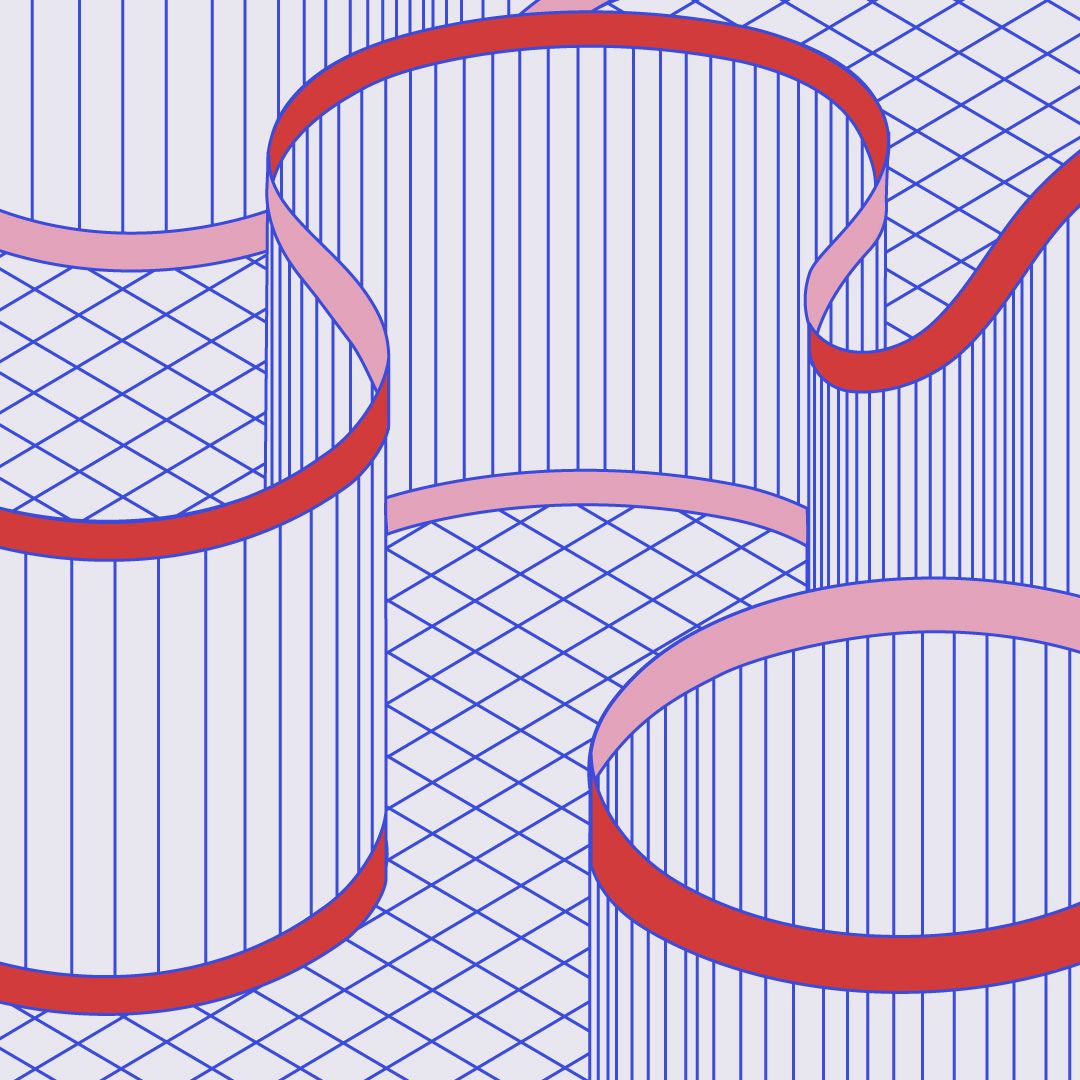 To be an effective project manager you’ll need to be a strong leader, have excellent communication skills, and understand how to prioritize tasks. The role also requires you to work with a wide range of different professionals, from engineers and senior managers to sales and marketing specialists. There are also a lot of terms and business jargon that come along with the position. Learning these terms can help you communicate better with your colleagues and ensure everyone is on the same page. Even if you’re just attending an interview for a project management position, a strong vocabulary can boost your confidence dramatically. We’ve compiled a list of common project management terms. Whether you’re an experienced veteran or just starting out, this glossary should help you succeed in the field of project management.

Project Management Terms Activity – A distinct task performed as a part of the project.

Activity Label – A phrase used for naming or describing an activity.

Activity-on-Arrow – A network diagram in which arrows denote activities and nodes denote milestones/events.

Activity-on-Node – A network diagram in which nodes denote activities and arrows denote the relationship between activities.

Actual Cost (AC) – The total cost incurred to do work during a specific period.

Assumption – An element in the planning process deemed true (or certain), without proof.

Backward Pass – A technique used to determine the start and finish dates of activities by working backward from the end date of the project.

BOSCARD –  A strategic planning tool that details the background, objectives,  scope constraints, assumptions, risks, and deliverable of a new project.

Bottom-Up Estimating – A technique used to estimate project costs or duration by totaling individual estimates for each activity.

Burst Point – A point in a network diagram where several successor activities can stem from a single predecessor activity.

Change Control – The process in which modifications to projects are identified,  evaluated, approved, or rejected. It ensures a controlled introduction  of changes.

Change Freeze – The point at which changes to the scope of a project are no longer approved.

Contingency Plan – An alternative plan to save the project in the event of a pre-specified risk.

Corrective Action – An activity to bring the project back in line with the plan after it has strayed from the pre-specified path.

Cost Baseline – The approved estimated project budget. It includes the costs incurred  in project’s activities/resources and the amount kept aside for  unexpected events.

Data Date – A point at which the status of a project is determined and documented.

Defect Repair – A remedial activity for altering a nonfunctional or nonconforming product.

Deliverable – A final product, service, or result that's provided to the customer or client.

Delphi Technique – A technique used for estimating the outcome and likelihood of events.  A panel of experts share opinions, assumptions and estimates, and a  report is prepared accordingly.

Do Nothing Option – A business option that states the outcomes, if any, of not going forward with the project.

Dummy Activity – A dummy activity is a placeholder added to a schedule. They have zero  duration and zero deliverables. They’re used to represent a specific  relationship between two activities. In network diagrams, dummy  activities are denoted with broken lines to distinguish them from normal  activities.

Duration – The time taken to complete a task or an activity.

Early Finish Date – The earliest point in time in which a scheduled activity can logically be completed.

Early Start Date – The earliest point in time in which a scheduled activity can logically be started.

Earned Value – A method used to gauge the value of work actually done.

Effort – The labor required to complete a task.

End-User – The person, or group of people who actually use a product.

Epic – A user story too large to be delivered in a single iteration or a user story large enough to be divided into smaller stories.

Forward Pass – A technique to determine the duration of the project and free float of the project, by moving forward in the network diagram.

Free Float – The amount of time that an activity can be postponed without  affecting the early start date of any successor activity in the network  diagram.

Gantt Chart – A visual representation of a project schedule. It’s named after its inventor, Henry Gantt.

Hanger – An unintentional break in the network path, usually resulting from a missed activity, logical relationship, or oversight.

HERMES – Created by the Swiss Government, HERMES is a project management method used in IT, products, businesses, and services.

Influencer – An individual with the capability to influence purchase-related decisions of customers or clients.

Initiation – A point in time at which a task or an activity commences.

Integrated Master Plan – A project management tool for dividing the project into multiple  complex projects. It hierarchically documents the project tasks and  indicates the relationship between them.

Kickoff Meeting – The first meeting that is attended by the project team and the client.

Lag – The necessary delay between a predecessor and a successor activity.

Lead –  The amount of time by which a successor activity can be accelerated so  that it can run simultaneously with the predecessor activity.

Logical Relationship – The way different activities depend on one another. Management Reserve – An amount of money allocated to deal with any unknown scenarios.

Milestone – A point in time at which the progress of a project is measured.

Most Likely Duration – An estimate of the most likely amount of time needed to complete a task or activity.

Motivation – The driving force that makes someone work to achieve personal or organizational goals.

Near-Critical Activity – A project activity with a low total float.

Near-Critical Path – A network path consisting of one or more near-critical activities.

Negotiation –  An activity to resolve disputes, usually through consultations between  the stakeholders, to reach a mutually agreeable decision.

Objective – A summary of activity goals.

Opportunity – Something that can bring about a positive or beneficial effect. Positive risk is an opportunity.

Optimistic Duration – The estimated shortest amount of time likely to be needed to complete a task. It takes into account all known variables.

Organization – A setup, often temporary, constituting of parties who actively strive to achieve a common goal.

Output – The final product (often physical) of a process.

Path Convergence – A relationship in which a successor activity has multiple predecessors.

Path Divergence – A relationship in which a processor activity has multiple successors.

Pessimistic Duration – The estimated longest amount of time likely to be needed to complete a task. It takes into account all known variables.

Phase Gate – A technique for reviewing the end of a project phase.

Planned Value – The budget allocated for work to be done.

Predecessor Activity – An activity that precedes another activity in the network diagram.

Preventive Action – An activity to make sure that future performance doesn't deviate from the project plan.

Product Description – A structured document used to present the details of a product.

Program – A collection of projects managed as one big project.

RAID Log – RAID stands for risks, assumptions, issues, and dependencies. A RAID log keeps a record of these aspects of a project.

Risk Appetite – The amount of risk that an organization is willing to take in expectation of gains.

Risk Avoidance – A response strategy that focuses on avoiding the risk altogether.

Risk Mitigation – A risk response strategy that focuses on decreasing the impact of the threat.

Scope Creep – When the scope of a project expands uncontrollably, without relaxation in constraints such as time and budget.

Secondary Risk – A risk arising out of executing a risk mitigation or risk avoidance technique.

Soft Project – A project with no physical output.

Sponsor – An individual or party that provides resources to a project.

Sprint – A pre-specified duration within which a particular task is completed.

Stakeholder – An individual or a party that may affect or be affected by any decision, activity, or outcome.

Story Point – A metric used to determine the difficulties in implementing a user story.

Successor Activity – An activity that succeeds another activity in the network path.

Summary Activity – An activity that groups related activities together in a schedule.

Sunk Cost – An amount of money that's spent and can't be recovered.

Total Float – The maximum amount of time that an activity can be postponed without affecting the project finish date.

Trigger Condition – An event or condition that causes a predefined risk to happen.

Value Tree – A tree structure of different features of a project, used for scaling its value.

Variance Analysis – A method used to examine the variations between the actual and planned performance of project work.

Now you know the lingo, but that’s only the first step. If  you’re a natural leader that can keep several plates spinning at once,  you’re well-suited to a career in project management. As positions are  in high demand, you can expect excellent job prospects, job security,  and a lucrative compensation package. You don’t even need a degree to get your foot on the career ladder. Enroll in our project management bootcamp and we’ll teach you practical management techniques to make even the most challenging project a success. Schedule a call with our admissions team to learn more about our online tech courses.