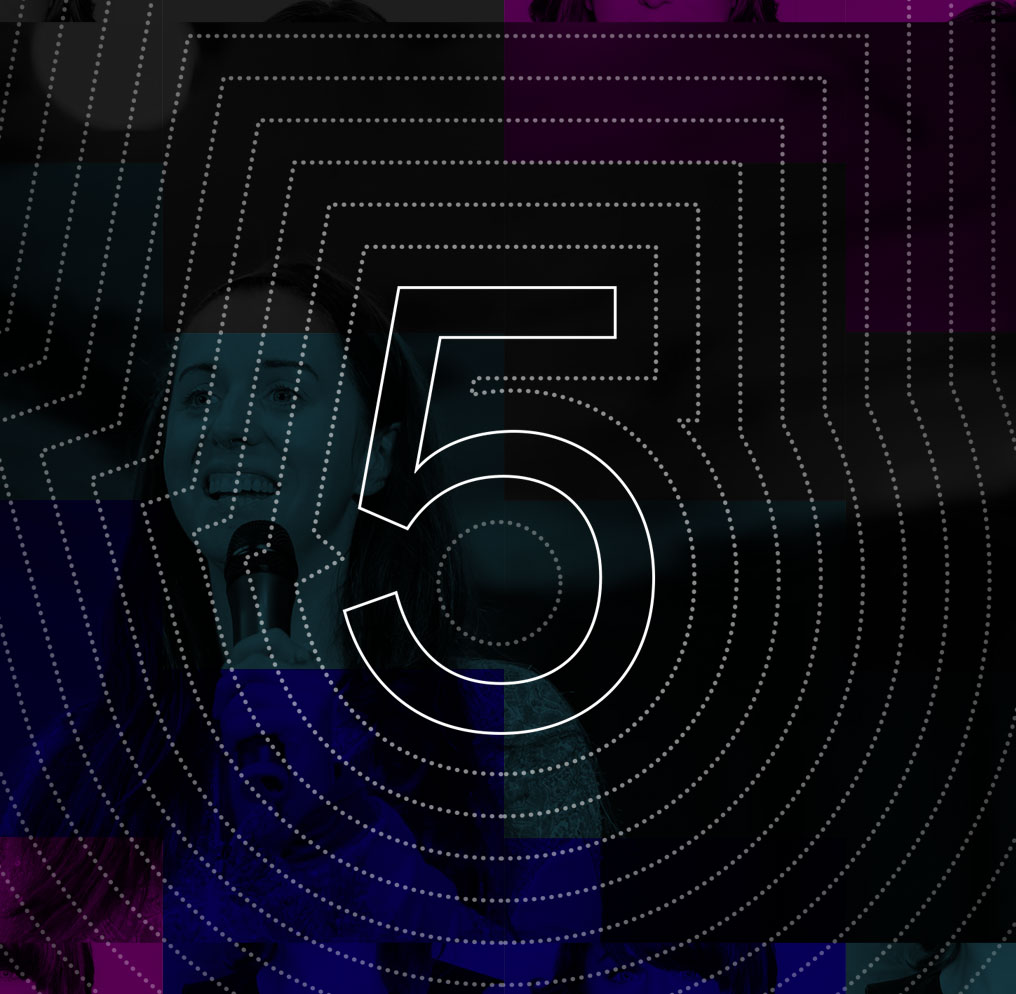 Since Thinkful’s founding in 2012, thousands of students have become developers thanks to 1-on-1 mentorship. In honor of Thinkful turning 5, we chatted with Thinkful mentor Sara Chipps, CEO of Jewelbots and Co-Founder of Girl Develop It. Sara talks about what it’s like to be a mentor, the value of a coding education, and her mission to make the technology industry more inclusive.

You recently joined Thinkful’s mentor community. What motivated you to do so?

I love working with new developers. It’s my favorite thing to do. Answering their questions makes me a better developer. I think coaching beginners through that really difficult initial time of, “Oh, wait, this is really hard,” where we often lose them is super-important.

Also, I have a friend who’s going through the [Full Stack Flex] program right now, who recommended Thinkful to me. It has been a great experience so far. It’s a lot of fun.

Tell us more about your experience as a mentor. Are there any interactions with students that stand out to you?

Every time you sit with a student and you can help them pass a roadblock that they hit is impactful. I have worked with three different students so far. All of them have been great and super-smart. Each has a different learning style and different ways of approaching problems.

As far as a particular moment that has been impactful, the other day one of my students connected to me on LinkedIn. I was excited because I know that they are going to take me up on my offer to help them when they’re done with the program. If they want to reach out or if they want some advice, I’ll be there.

1-on-1 mentorship is a key component of Thinkful’s education model. Do you or did you have mentors that helped you get to where you are today?

Oh, always. That is why mentorship is so important. So many of us have really benefited from mentors in our careers, and it’s our duty to do the same for others.

I had a lot of mentors from very early in my career. Probably the biggest way that they helped me was just showing me that my concerns, the places I got stuck or places I thought I was falling short were normal. It’s common for developers to fear that “I’m too dumb for this,” or “I’m uniquely bad at this.” However, when you talk to someone who has been doing it for a lot longer than you have and they’re like, “No, everyone feels this way at some point,” that’s super-helpful.

What advice do you have for people that are interested in becoming a mentor?

One big lesson that I learned since becoming a mentor is to listen more than you talk. Often our knee-jerk reaction is to jump in with advice or tell people how to fix things, and sometimes people just need an ear. Work on listening to listen and not to respond. I think that is a good way to be a great mentor.

What about people that are on the fence? What would you say to them?

A lot of us get just as much out of mentorship as we put into it. So I would encourage people to just look at it as an investment in yourself. It’s a future investment in networking, right? Hopefully all of your mentees will surpass your career in great ways and can help you in the future. So, for me, it’s part of my investment time.

Also, I think that everyone has something they can contribute, whether it’s “I have a similar backstory to you” or “Here’s how I approach difficult problems.” You don’t realize how much you know compared to a beginner until you actually start talking to them.

As you know Thinkful recently turned 5. Being a coding education veteran, what has been the most exciting change in the industry over the past five years?

People are starting to look at the price tags of universities compared to the price tag of a coding program. The other day I learned that [name of university omitted] is $70K a year. Coding bootcamp programs have higher placement grades than traditional universities as far as getting jobs out of a program.

People are really starting to analyze which is the better investment for my life. I’m not saying don’t go to a four-year university; education is very important any way you can take it. But, if you’re looking for on-the-job experience and the ability to quickly transition to a team that is using a coding language that you are now fairly well-versed on, I think people are starting to gravitate toward learning in nontraditional ways.

The price tag of traditional education is one barrier to entry into the technology field and you have dedicated almost your entire career to removing barriers specifically for women. What are some of the other big roadblocks that still exist?

That’s a good question. We’re lucky that a lot of those people [of tech's less inclusive past] are retiring out of the field and [we're now] welcoming a generation of more accepting, open, and inclusive developers.

But if there’s anything I could get rid of, it would be the culture of “I know this better than you do” and “I need you to know that.”

Besides being a mentor and activist, you also are a product developer and CEO. Could you tell us more your company Jewelbots?

The Jewelbots are a bunch of bracelets that you can code. They use Bluetooth to detect when your friends are nearby and react to them, and allow you to send secret messages. You can also code them (using C++) to do fun things like play games or have special friend interactions.

Recently, you’ve been traveling around the country promoting Jewelbots. At some stops, your users give talks rather than you. That must be a highlight...

Oh, yeah. That’s the best part. When you have a 13-year-old onstage explaining to you how C++ works, that’s some great stuff. Meeting our local users and seeing how Jewelbots is helping them grow not just as learners but also as educators has been really cool.

One final question: Bill Nye endorsed Jewelbots. How did that happen, and what was your reaction when you heard the news?

That was a total surprise to us. We didn’t talk to him; we hadn’t talked to any of his people. He was starting the same time that we were, and I checked my e-mail one day and I saw that video from Bill Nye endorsing Jewelbots. I just screamed really loud in the middle of the office.