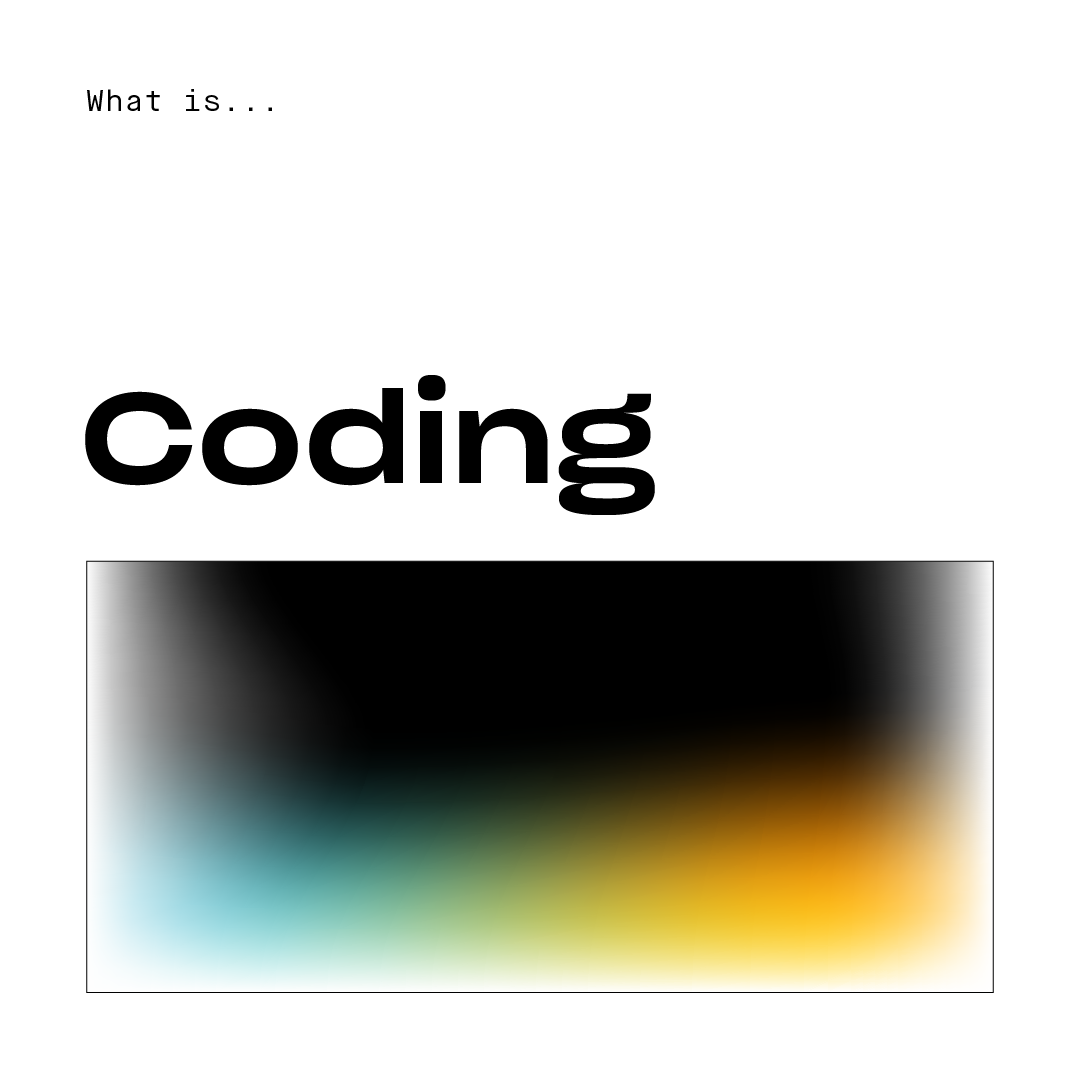 Our lives are increasingly centered around apps, smart devices and virtual assistants. We spend more time on our laptops, iPads and smart watches than ever before. You’ll probably look at your phone at least twice before finishing this article.

All of these tech devices operate because a software engineer programmed them with the right code.

For obvious reason, there’s been more and more interest in coding. Coding, also referred to as web development or software engineering, is a rewarding career path that promises a vast array of job  opportunities and professional growth. And even if you pursue a  different line of work, chances are you’ll run into lines of code and wish you could edit it yourself.   If you’re curious what coding is all about, we’re going to give you a full introduction to what coding is. Here are the  basics, as well as some tips for figuring out whether a career in code  is the right path for you.

Coding is the practice of building websites and apps by writing out instructions in a programming language. It governs how data is collected, how sites appear to the user, and every aspect of how you engage with the web.

The background on this page appears the way it does due to lines of code. And when you enter your email address in a pop-up box, code is guiding the way your email is stored and shared.

Computers can perform extremely fast calculations, complete complex mathematical tasks, and store large amounts of data. It’s fair to say the majority of humans would struggle to keep up.

But computers require a detailed set of instructions to perform these tasks. This is where coding comes in.

Machines use binary code to communicate and operate.  Computer programming (or simply coding) refers to the task of writing  instructions that, once compiled, computers will understand and follow.  It therefore allows us to create a range of different software from operating systems and business packages to mobile apps and video games.

What Does A Coder Do?

A professional coder is responsible for building, testing, and enhancing the sites, apps, and software that power our world.

Some coders choose to specialize in building the user-facing portion of the site (called front-end development). They guide how the site looks and feels.

Others specialize in the inner operations of the site, or back-end development. They’re called on to set up the infrastructure and make sure data is housed properly.

Professional coders spend most of their time typing out lines of code, checking for  bugs, testing their code on different platforms and devices, and  perfecting it. It requires focus, acute problem-solving skills, and a sharp eye for detail.

But that doesn’t mean that coders work alone. Many actually work in large teams of software engineers. Together, they build solutions, troubleshoot each other’s work, and try to build the ideal final product  for their company or client. Soft skills like clear communication and  collaboration are key if you want to excel in this field.

How Much do Coders Make?

The salary of a coder depends on how much experience you have, and your areas of specialty. According to Indeed.com, the Front-End Developers make an average salary of $108,628, and Back-End Developers typically earn $125,091 per year. If you’re ambitious, you could increase your salary potential even more by learning both front-end and back-end programming languages.

Coders who are committed to constantly learning new languages and perfecting  their skill have the potential to earn well into the six figures. If you’re also patient, open to advice and critiques from team members, and skilled at communicating with senior leaders, you’ll be on track to move up the ranks, and grow your career far beyond the Junior Developer stage.

Skills You Need to Become A Coder

A  great coder relies on both hard and soft skills. Here are some of the  most important skills you should think about developing over time.

Above all else,  cultivate your curiosity. Ask questions. Continue reading about web  development, and how different coding languages are evolving. The field  of coding is constantly changing, and you’ll need to keep learning in order to keep up.

To understand how coding works, we first need to understand what  transistors are. The human brain has billions of cells called neurons  that allow us to store memories and have conscious thought.

Similarly, computers contain billions of transistors, whose function is the same as that of neurons.  A computer only understands two types of data: on and off. Transistors  are simple on/off switches. The 0s and 1s in binary code instruct these  switches to turn on or off.

Modern day computers contain millions, even billions of transistors. It would be impossible to type billions of 1s and 0s to set instructions.

To solve this problem, computer coding languages were developed. Using  these languages, coders can translate important commands to binary code.

Coding languages don’t really have an alphabet or vocabulary like our languages. They consist  of abbreviations, ways of arranging text, and special commands.

Today, we have thousands of coding languages. Every coding language is  designed with a specific purpose in mind. They each have strengths and  weaknesses depending on what they are intended to be used for.

A wide range of sectors from education to finance use coding in one form or another. It’s why coding has become such a popular career choice. It’s no surprise that many young professionals who are attracted to the idea of building websites and apps from scratch are interested in becoming a professional coder.

But there’s actually a wide range of positions that require knowledge of computer programming. And there are even more fields where coding isn’t necessarily essential, but knowing the basics of a few coding languages could increase your salary potential.

Here are some of the most popular roles that benefit from some coding know-how.

UX Designer – UX and UI Designers are primarily concerned with how a site looks and performs to  the user. But some knowledge of coding helps designers communicate with  the engineering team, and understand the limits and capabilities of different coding language. If you’re interested in coding but also want to maximize your creative skills, you may want to learn more about what UX Designers do day to day.

App Developer – Many Software Engineers choose to narrow their focus and become an app developer.

Is A Career in Coding Right for You?

If you’re interested in learning to code, there’s only one way to truly find out if it’s the right path for you: start learning. Try out some free online tutorials and test the water. Once you’ve got some skills under your belt, you can challenge yourself by signing  up for a digital hackathon or even applying for a coding internship.

Your path to learning to code will have challenges. If we’re being honest, coding is pretty damn hard for all of us, especially in the first year. But every Senior Software Engineer and Chief Technology Officer started in the same place where you are right now.

Becoming a professional coder is a challenge and will take discipline. Many find that it simply takes too long (or is too frustrating) to teach yourself to code from start to finish.

When you’re ready to truly commit to this career path, enroll in a coding bootcamp. You’ll get the support you need to troubleshoot errors, work through tough problems and perfect your coding skills. You’ll also learn how to think like a programmer, setting you up not only for a job, but for long-term success in the industry.

How long will it take to learn to code?

If you’re dedicated, you could learn to code a very basic website in a month. But professional developers will tell you that they never stop learning, since the needs and capabilities of the industry are constantly changing.

Which coding language should I learn first?

Many new coders start by learning HTML, CSS, and JavaScript.

How many coding languages are there?

It’s hard to find an exact count, since there are so many obscure coding languages that aren’t frequently used. But there are likely over 200 coding languages. Sound intimidating? Don’t sweat it. You only have to learn one to get a grasp of the basics of coding, and most engineers stick to 3-5 languages as their area of expertise.