”Knowing you have the support of a mentor - someone to turn to because you are not going to have all the answers - that was fundamental to my success.”

The Full Time Flex Program was a perfect fit for Jason. Although he indicated he initially thought it would be easy. Completing the program in four months, he noted “I have always been curious and wanted to build an automaton since I first heard about them, and was really excited to have the chance to do that since I was able to design my own capstone projects” You can see his project at
http://cellularautomaton.science/

He felt having a mentor was one of the best aspects of the program. “Knowing you have that support, someone to turn to …,” because you are not going to have all the answers - that is why you are here. The guidance and direction helped ensure he was setting himself on a path to success not just during the course, but for his future.

Armed with an undergraduate degree in physics, Jason Dobrowner did what most recent college graduates do: go back for more school. Living in Ojai, California, he was bartending and using financial aid to make ends meet and it hit him that perhaps another degree in physics was not the answer. He wanted a fulfilling job and he quite simply wanted to make a good living.

After a conversation with a good friend about his path forward, that friend advised him to find a coding bootcamp.

So he started his research and took an entire month learning JavaScript, HTML, CSS and Git, along with using online tutorials. Jason narrowed the field down to three options - the first two being either too expensive or too long and slow paced. After four years in college and some graduate work, who has time for that? Certainly not Jason, who wanted to learn at his own pace and do so efficiently. Understanding that there were high paying jobs waiting for them on the other side, is indeed there he and his wife signed up for the Full Stack Flex Program.

”I always liked building and creating things from scratch and I have a technical mind so building apps fit really well.” 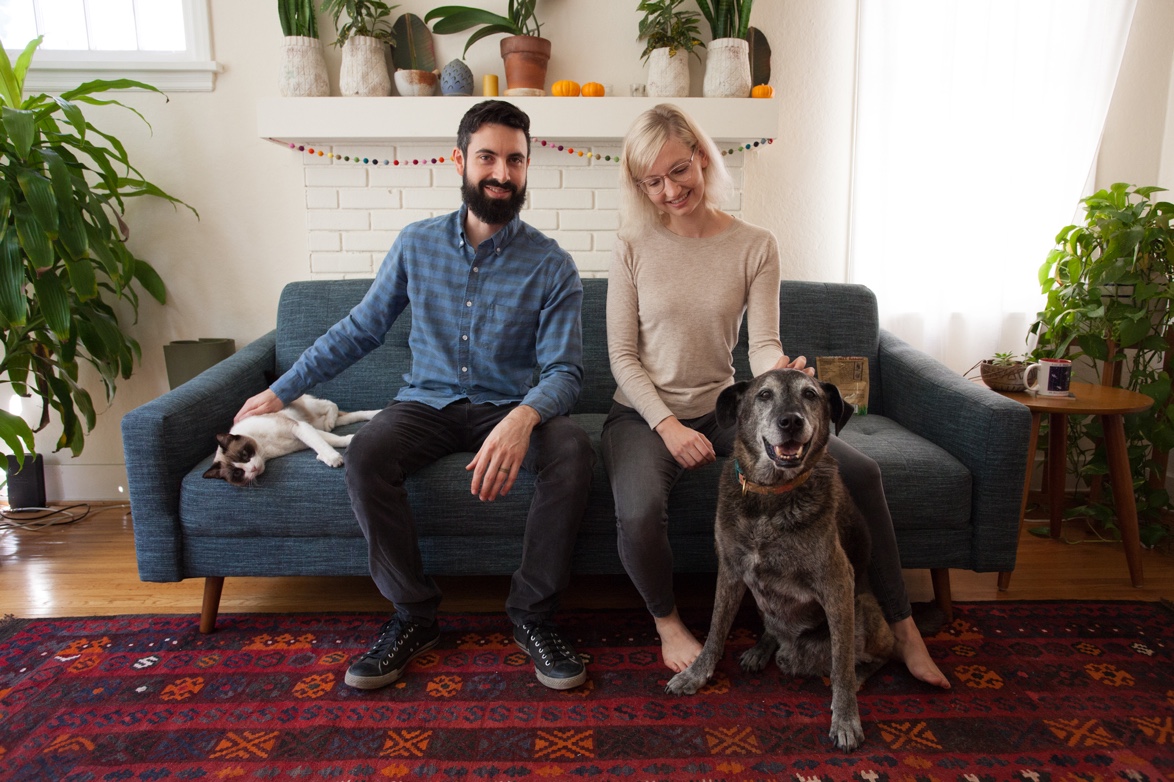 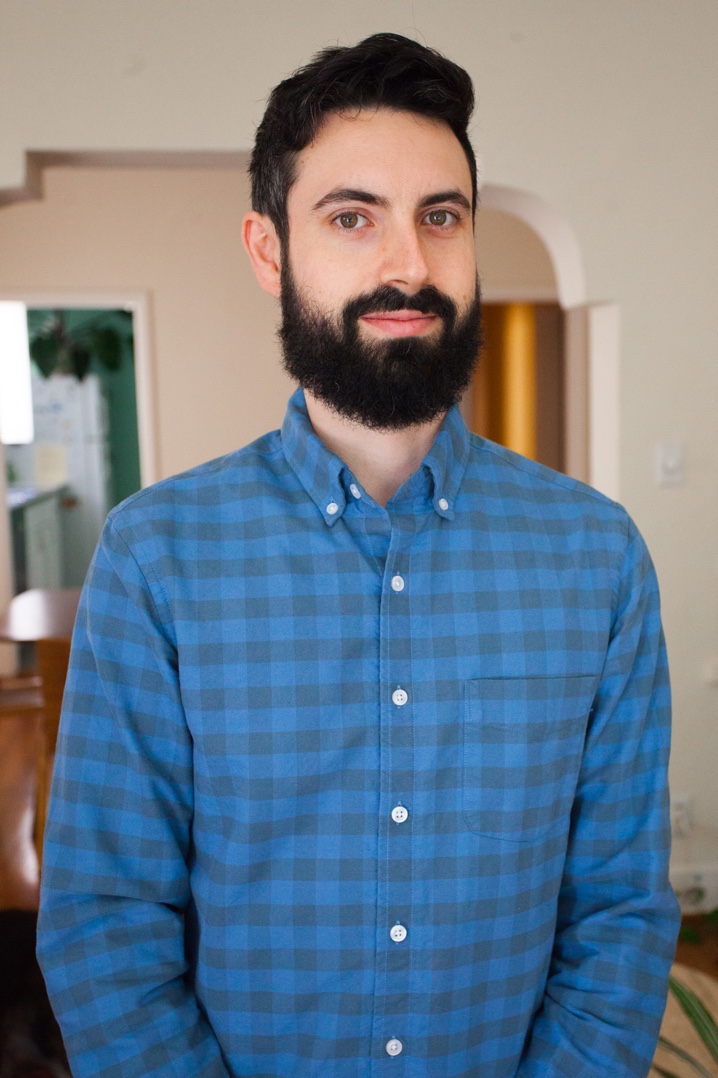 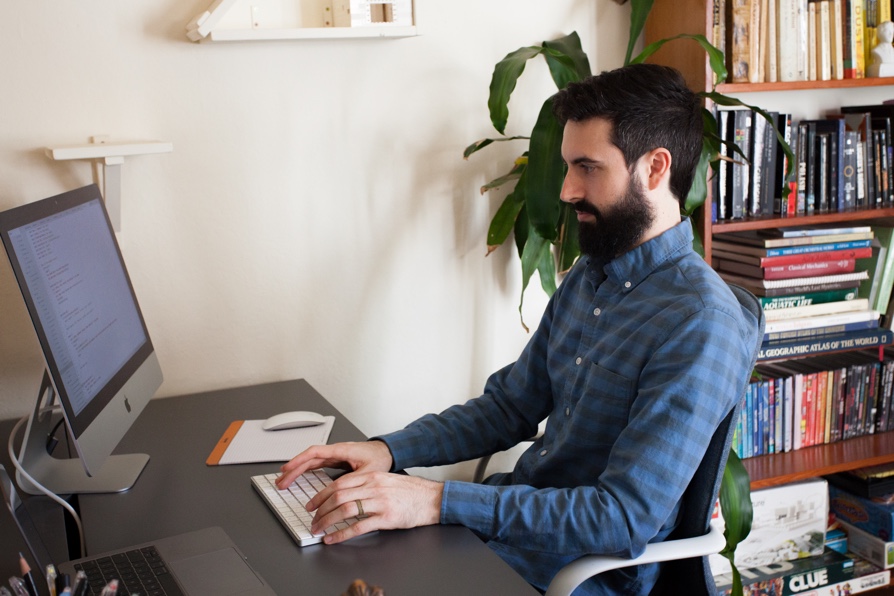 ”Having the safety net of Career Services helped me get into my current job, where I am very empowered to succeed.”

Simply put: Life is good. After sifting through some opportunities, his wife, Monika, took a job in the school system and she is very happy. As a Senior Frontend Engineer at Tagflix, Jason is not only making more money, he has a higher value on the job market. But more important than money, he noted, was fullfillment on so many levels. He makes his own hours, works from home and hang out with his dog Jimi and cat Rocky, and his job is “better than I could have ever imagined.” We would say that is #winning.

He told us that knowing he will always be able to support himself and have the time to do the things he loves - like play music and even designing and building music composition apps - is a dream come true.

With pride he shared that his wife has witnessed his transformation and they both celebrated a milestone: having graduated from college a year ago and Thinkful just months after, and he is already in a senior role. He is happy to have options and to create his own path in life. In the end, that is what true success and fulfillment provide you in life … the ability to create your own destiny.