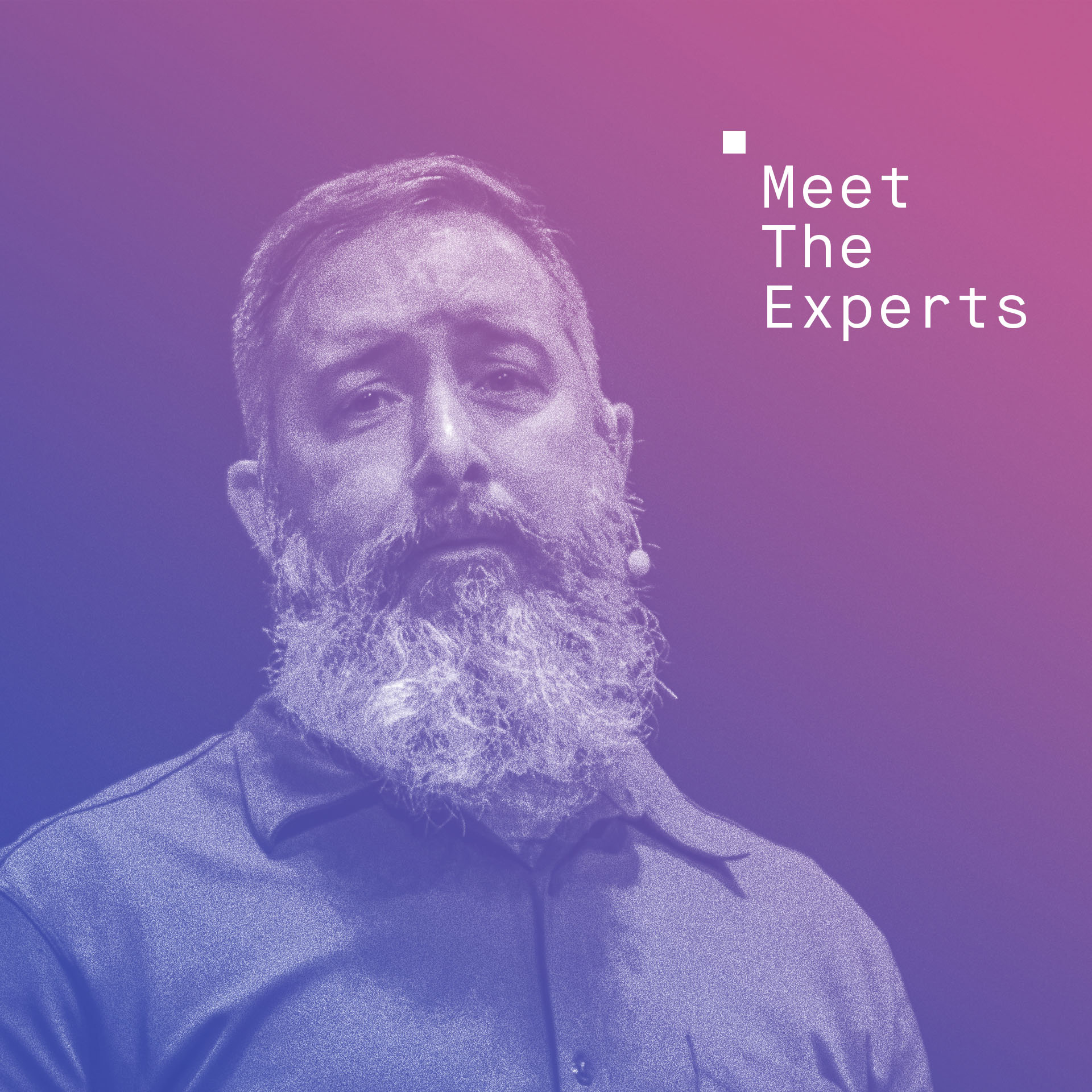 In the latest installment of our Meet the Experts series, we chatted with Portland expert Rick Turoczy, Co-founder of startup incubator PIE. Rick weighs in one some of the big conversations taking place within Portland's tech community, shares networking tricks, and explains why Portland is one of the country's best and most unique tech hubs.

How did you initially become involved in the tech community in Portland?

It was a series of happy accidents. I moved here in 1995, after I'd been out of college for a couple of years. My degree was in English and a tech startup was in need of marketing help. I had no idea that people started companies or had the capability to do that. It wasn't a part of popular culture at that time. It was an interesting, new experience and I got kind of addicted.

For the next 12 years, I worked at a variety of startups here in Portland. By 2005 or so, I had had enough of being on the startup side of the desk and noticed that as the cloud became a more viable means of hosting content and applications, the startup community in Portland was changing drastically. At that point, no one was really talking about what was happening here. I'd read stories in TechCrunch, and see all of these startups getting promoted, but never anything from Portland. A lot of what was happening here was as interesting, if not more interesting, than what I was reading about online.

I started writing about Portland startups partly out of frustration, partly out of a desire to create a community. The blog was called Silicon Florist. Our area is known as the Silicon Forest, but that URL was already taken, as was Rose City. So I combined Forest and Rose City into Florist. Starting the blog was really dumb luck and good timing. People actually started reading and started asking me to write about their startups.

Because of the blog, an advertising agency here in town called Wieden + Kennedy reached out to me, asking to get involved in the startup community. They're a global agency and do big brand work. They came up with the "Just Do It" campaign for Nike and they are responsible for the Old Spice guy and the new Colonel Sanders. I asked them, "Why does a global advertising agency want to get involved in the startup community? And second, why are you reaching out to me of all people?"

They said, "Well, you seem to know what's going on and we have a couple of really interesting opportunities." Their existing clients were asking them to do creative things with technology and they wanted to be as up-to-date as they could. They were also getting approached by startups that had become large corporations, but still had very much a startup culture. A company like Facebook didn't behave like Coca-Cola. They wanted to have a better understanding of that culture. That conversation turned into a project called PIE, which at it's most basic level is an ongoing experiment to figure out how established organizations, like corporations or government or educational institutions, can effectively collaborate with the startup community. Essentially that same conversation we initially had with Wieden + Kennedy we continue to push forward.

We've been working on that for a little over nine years and experiment with mostly a co-working accelerator model, figuring out how companies can help one another and how startups can find the support they need.

PIE has gone through a number of different iterations. In the past year-and-a-half or so, you reverted back to more of an accelerator rather than an accelerator for accelerators. How did that evolution come about?

First and foremost, we kind of transitioned into the accelerator for accelerators. We were really interested in how people could apply programmatic elements to particular markets. We got pulled into a lot of interesting conversations, but on the downside every project we got involved in was very much a one-off. It wasn’t a repeatable engagement and we inevitably wound up with the conversation moving in the direction of: "This is really hard. We don't really want to learn how to do it. We want you to take what you know and do it for us." That wasn't terribly scalable.

Secondly, we reverted back to being an accelerator because, quite frankly, we missed working with startups day-to-day. Creating programs with accelerators was stimulating and interesting, and thoughtful, but I was always at arm's length from the actual founders of companies. I just didn’t feel like I was as effective as I once had been working face-to-face, day in and day out.

What in particular did you miss about working face-to-face with companies?

Somewhere along the line, I tried to start a couple of companies and it took me a good three or four years to really recognize that being a founder wasn't what I wanted to do, or wasn't what I was terribly good at. It was a painful process and took way longer than it should have. So part of what really motivates me is demystifying what it means to be a founder. There are a lot of assumptions, mostly incorrect, about what it takes to start and scale businesses. A lot of it is just getting more honest and giving people the chance to say, "Oh, this isn't what I thought it was. I'm going to go work for somebody else," or "I'm going to try a different path."

Once we educate people, mentoring and coaching them, they can move farther and faster than they would on their own, which is super-rewarding. Beyond that, recruiting other folks from the community as mentors provides infrastructure and allows people to give back to the community in a meaningful way. I think it's a very rewarding and reaffirming process. Basic advice from somebody with a significant expertise can be a revelation for founders and really resolve problems they're wrestling with. It’s a virtuous feedback loop for folks.

You recently blogged about the Portland Women in Technology State of the Community survey. With harassment still being a major issue plaguing the community, how would you suggest Portland change the culture?

A: One of the nice things about Portland is that it is big enough to be kind of statistically relevant, but not so big that individuals can't affect change in the community. What Women in Tech is really demonstrating is that they have the power to instill change. If this community is suffering from these issues, there's the opportunity to correct them. Communities can effectively diversify the startup world if they put their mind to it. Those who work at startups are fairly optimistic. They're a do-it-yourself kind of crew. Just raising the visibility of these issues often inspires people to start correcting them. Beyond that, Portland folks are, by and large, pretty coachable and pretty responsive. It's just a matter of highlighting what needs to change and start working on those efforts. It's going to take a lot of work, even for a small community like ours, but the fact that the conversations are happening is a good first step. We just need to keep doing the work to solve those issues.

You recently lent your support to the Portland's Innovation Quadrant. Why is this such an important initiative for the city?

What originally attracted me to the Portland IQ Project was that it sounded very much like PIE. They basically connect members of the Portland community with one another and provide a base of support. By uniting various industries and institutions, the Portland IQ Project allows each organization or company to grow more quickly than they might on their own. So it has the same collaborative spirit and impact that PIE was trying to have, but in a very horizontal way, across all business, across public and private sectors.

Often in Portland, we build things a certain way and then try and to revise what doesn’t work later. With the IQ, it's really an opportunity to start from the ground up to build something that's focused on inclusivity, diversity, sustainability, resilience. Rather than trying to do it retroactively, we’ve asked ourselves: “How do we architect that or provide a model or a framework to do that work from day one?”

And what should new members of Portland's tech community know about the Portland IQ Project?

The project serves as the front door to the innovation community in Portland. So, whether you're doing biotech or traditional kind of SaaS space technology or you're interested in manufacturing, whatever your innovation need is, it should be the central repository to get you going in the right direction more efficiently.

Where is the best place to network and meet people? I've watched your TedX Talk about collecting and connecting dots, so I was hoping you could tell us where does one go to collect and connect those dots?

The one challenge with Portland is that it really has never developed that infrastructure for traditional business networking; it's very much a one-on-one town. There aren't a lot of events that everyone in the industry “must attend” or that everyone new in the community should find to meet people. We have this resource in town called Calagator, which is the aggregated tech calendar for the city. Anything going on, all events involving startups to big technology companies, is on that calendar. We often point people there and say, "Just pick stuff that's interesting to you," meaning you don't even have to be expert. Maybe it's a Ruby Meetup or maybe it's a GraphQL Meetup. No matter what you choose, you don't have to know the tech. You just have to be interested in it and those folks will probably be your best place to start.

The other secret is that everyone here is super-accessible. We don't have the networking infrastructure because we don't ever have to go through that, "Give me your business card” formality. You can just cold email practically anyone and, in general, they'll get back to you. A lot of the CEOs I know here in town block time on their calendar for those impromptu meetings.

Wow, that's very cool. We couldn't imagine talking to someone in your shoes who was in New York City, for example, and receiving the same piece of advice.

Yeah, it's a really weird, pleasant quirk about Portland. The negative of that positive is we really do need some more efficient ways of getting people connected. I'm hoping we can figure out a happy medium where you don't have to know the inside secret to just email whomever. I think the IQ is going to create a lot of that infrastructure.

Overall, Portland sounds like it has a lot of amazing qualities. In your opinion, why should someone build a tech career in Portland? Who would it suit best?

Portland's not perfect for everyone. If you're the type of person who is very financially motivated or super-competitive, and you need that dynamic to feel successful, Portland's probably not the best town. That said, because the tech community here isn’t driven by financial outcomes, the people tend to stay with companies a lot longer. You wind up building these very deep relationships among coworkers that create a more rich and substantial culture. That, I think, is why companies tend to grow the way they do around here. They're not terribly explosive, but they do grow slow and steady.

Portland also tends to attract people who are almost academic in their curiosity; they're very motivated by untangling significant problems or creating the best product possible. Everything we do here comes with an underpinning of craft. We want what we create to be the best thing it possibly can, sometimes even if there is no business model associated with that thing. We just want to build great products.