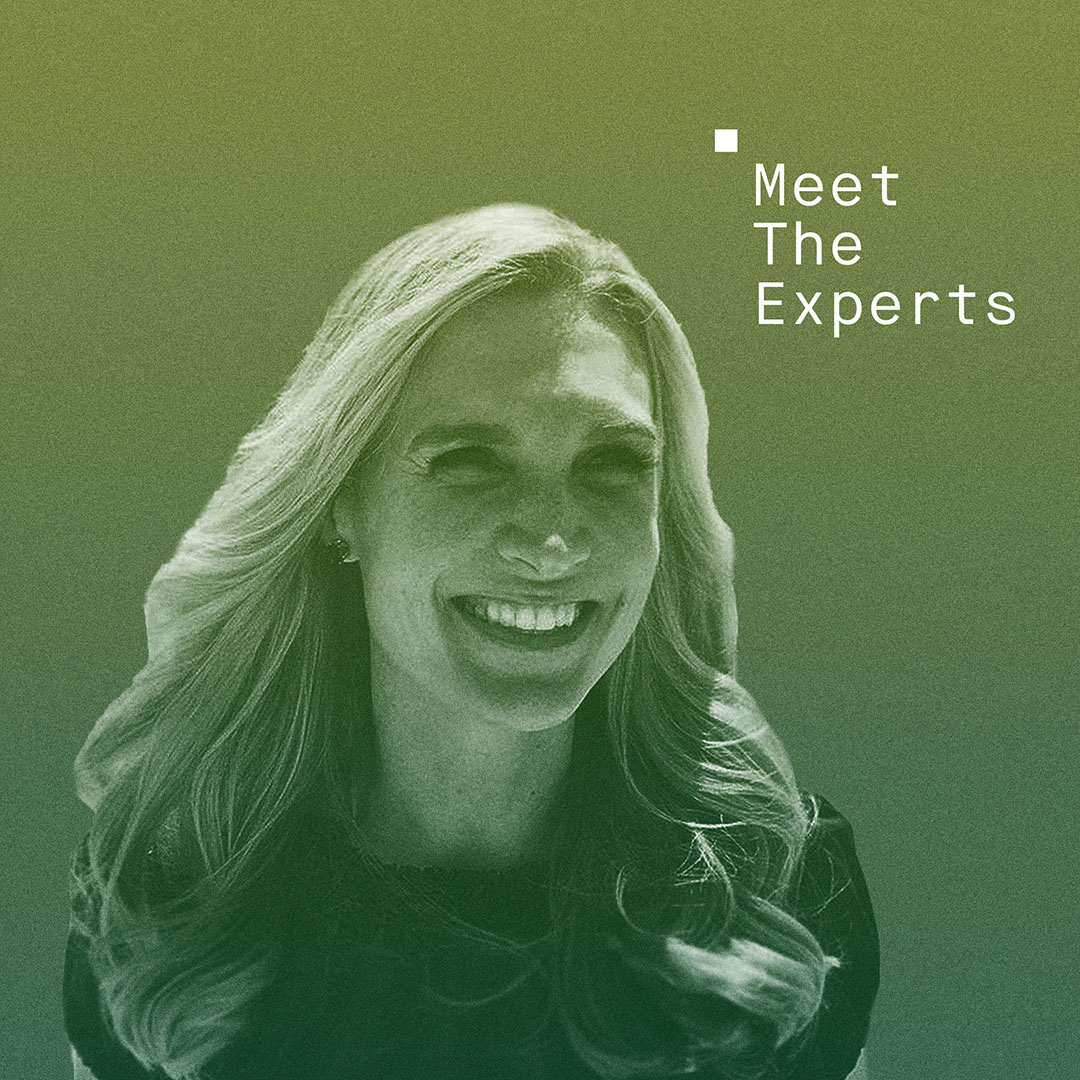 Once primarily known as a government town, Washington DC has quietly become one of the hottest tech markets in country. From successful IPOs to being a frontrunner for Amazon's HQ2, the nation's capital is full of opportunity for aspiring web developers, data scientists, and designers. To understand what's going on in DC and how to break into the industry, we chatted with Shana Glenzer, Chief Marketing Officer at Crowdskout, co-founder of DCFemTech, and organizer of DC Tech Meetup. Adding to that impressive resume, Shana was recently named a Tech Titan by Washingtonian Magazine.

Can you tell us a little bit about yourself and your background in DC's tech community?

I've been in DC tech since 2002 and it’s been a really fun 16-year ride. I started off at a 10-person startup, specializing in education technology. I worked in sales for a few years, as well as a little bit of marketing. Then I joined Blackboard, which was one of the largest technology companies in DC and one of the first educational companies to bring classes online. When I started, Blackboard consisted of 250 people and by the time I left, eight years later, they employed over 2000 people.

At Blackboard, they let me experiment with different roles and positions. I had about eight different jobs in six years. It's amazing to find a company that recognizes that you're putting all your faith in them, working your butt off and doing a great job, and then puts their faith in you, as well. They might say, "You know what? Maybe you're not 100% qualified for this job, but I'm going to let you try it out. I’m going to let you go for it."

After that, I joined a location technology company that the CEO who previously co-founded Blackboard had started. That was when I really got a firm footing in the current startup scene, in roughly 2012 to 2013. That was a wild ride. We raised $12.5 million before we had the product out the door, because Michael was a really well-regarded entrepreneur with a proven track record (sold Blackboard for nearly $2B). Eventually, that company sold to MapQuest, part of AOL/Verizon, and I continued on my startup journey, working for two other companies before I landed at Crowdskout over a year ago.

So, I've been working in tech throughout my career but in lots of different industries. It’s been a really great way to see the DC tech scene develop.

You’re also a recognized leader in the DC tech community, both as a founding member of DCFemTech and as an organizer for DC Tech Meetup. What inspired you to help build community in DC?

When I was at Blackboard, I went to these crazy 800-person gatherings (DC Tech Meetup) to see what cool ideas innovation companies in DC were brewing up. I saw the value in these communities for building up the DC Tech ecosystem, but very quickly I learned that there were a lot of really skilled entrepreneurs and technologists that were too distracted to focus on organizing people and getting stuff done. And so, I learned that I was fairly good at getting stuff done and I could help these folks build the community. We wanted to show that DC is not just a government town. DC is an innovation town, as well, and I was really committed to that.

DCFemTech has become a pretty big deal. Why, specifically did you focus so much of your community building on women in tech?

We started DCFemTech in 2014. Initially a friend of mine who was trying to schedule an event for women in in tech to learn HTML received an email saying "Hey, my group already does this for women in DC. " What we quickly realized was that there were all of these organizations out there, but there was no unifying network. And, most importantly, the leaders just didn't know about each other. I've always been passionate about making sure that we have diverse representation of workers in the tech field, as well as in design and data. So we reached out to everybody we could find that led an organization and we got together over sushi and wine. Many organization leaders told us, "Listen, we are passionate about teaching women how to learn Python or Ruby on Rails or Java, but we're having a hard time building up our member base. People just don't know that we're out there."

We joined forces to amplify the work already being done and that ultimately led to DCFemTech. To this day our goal is to help women that want to get started in tech, design, or data. We want them to know there is a community here and resources that they can access easily. DCFemTech has evolved and now we get together a couple of times a year to celebrate the community - including the DCFemTech Awards- and also to celebrate these initiatives that support DC women in tech.

One of the biggest stories in DC right now is the prospect of Amazon opening its second headquarters in the area. If this happens, how do you think it would impact the city’s tech community?

First of all, the hysteria around this is just mind-boggling to me. And it is hysteria. After giving it a lot of thought, I have mixed feelings. Part of me is really excited that my colleagues will have additional job opportunities. Their salaries will be competitive and they’ll have an opportunity to earn more. But as an employer, it's going to make it harder to recruit and hold on to tech talent, especially for smaller organizations. It may serve as a detriment to the recruiting and retention process for startups and I'm a little hesitant about that. I also commute every day and from a logistical standpoint, I think it's going to be a heck of a commute for those want to get back to their families after work.

That said, from the point of the view of the tech scene, I think people will be like, "Wow, DC got Amazon." That may propel forward some of our efforts and showcase DC as an innovation town. That would be great. Still, as you dig a little more into the weeds of it, it gets a trickier for companies. But there are benefits for workers.

Other than the controversy surrounding Amazon, what do you think is the most interesting thing going on in DC tech? What should people be talking about?

We’re seeing a lot of momentum in industries like cyber security in DC, not just from the large companies, but also from new and growing startups. In addition, we've seen a bit more of a connection between the downtown DC technology scene and the northern Virginia and Maryland technology scenes. There’s a little more support between these areas and employees are moving from one region to the other, much more than they would’ve 10 years ago.

Another thing that impresses me right now is this whole advocacy, nonprofit, and political technology boom happening in DC. Since this current President came into office, grassroots activities have been heating up, fueling the growth of a lot of technology companies in town. Before joining Crowdskout, I hadn't known it was necessarily a huge industry. It was a little under the radar. Now we're seeing a lot of emerging companies and a lot of rollups and combinations and M&A, which shows how hot it is.

How did you approach finding Crowdskout? What’s your advice for those trying to break into the DC tech scene?

I know it's hard to believe — because I'm so old! — but I had to sit down and do a bunch of informational interviews to find my first job in tech. That’s where I’d start. I always encourage people to find someone working in the industry, someone who will give them 30 minutes of their time and help them get started, making recommendations. Looking in from the outside, it’s very hard to get a clear sense of where you should focus your efforts. Getting the inside scoop on an industry is incredibly valuable. You don't have to shoot high, either – not everyone needs to meet with an executive. You could find someone that's been in the industry for two years, or even a year, and they might be even more helpful than someone who's been in the industry for 10.

When scheduling these informational interviews, do you suggest a cold-outreach approach? Or is it best to try to attend Meetups and network? If someone is brand new, what do you think is the best way to get these conversations started?

The first step is to do some fact gathering and information gathering before you reach out to anyone. I would suggest joining the DC Tech Facebook group and keeping an eye on what’s happening there. There's also a DC Tech Jobs Facebook group, which is another great way to find technology openings. I recommend getting plugged into the community. Sit, listen, and learn a little bit so that you're not just diving in and pretending you know things that you don't.

Go to a DC Tech Meetup and attend the cocktail hour after the Meetup. You can drink soda, if that's what you prefer. But you’ll have an opportunity to chat with a ton of people. Vinetta Project supports women entrepreneurs and technology in the area and their events are a great networking opportunity, as well. DCFemTech has four big events a year but member have events each week. Any of these kinds of events allow you to practice what you've been learning. Also, read Technical.ly DC. They feature great people, not just companies, and it might be a good place to find some key names and voices to seek out.

Are there certain skills, either soft or hard, that really are becoming more and more important within the DC tech community?

The more you demonstrate examples of real-life work and projects in a portfolio or repository online, the more you stand out. Any kind of real-life, tangible proof of your technological skillset is helpful. I also recommend mock interviewing with a group of people. Being comfortable in an interview, feeling well practiced and at ease, supports all of the proof points in your resume, portfolio, or repository online.

I don't think there's anything new or unique. It's this tried and true combination.

Additionally, I will say if you have done community work—if you’re involved in Women Who Code classes or something similar—or you’ve recruited people or organized people in some way, that gives us the sense that "Oh, this person might bring in other really talented people." This is worthwhile to stress in interviews.

That's all the more reason for our students to get involved with DC Tech Meetup and DCFemTech.

Become A Part of DC Tech

Interested in breaking into the DC tech scene? We encourage you to check out Thinkful's Washington DC program offerings to learn how.