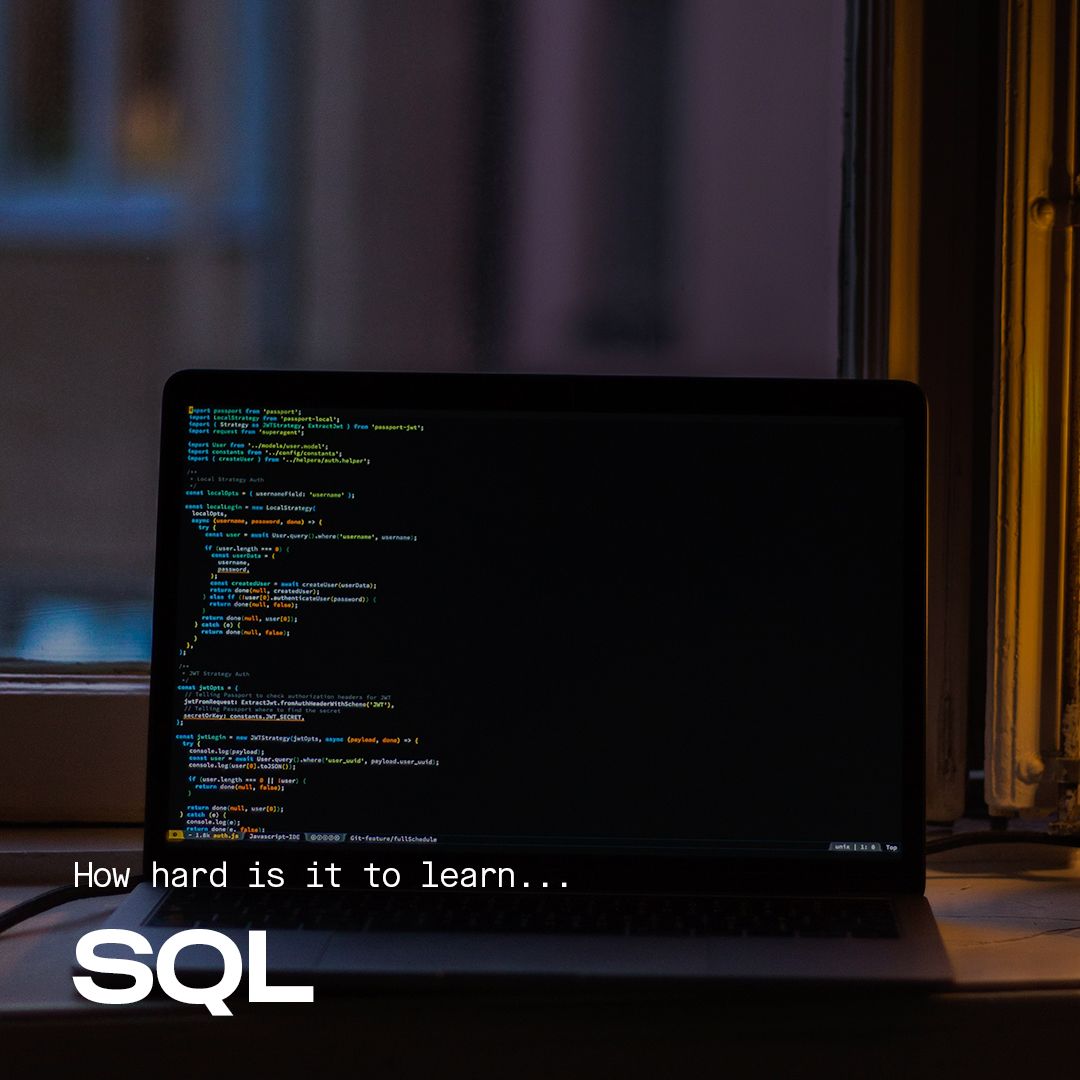 How Hard is it to Learn SQL?

It’s estimated that approximately 380 new websites are created every single minute. The world is becoming more and more connected and the Internet is growing like never before. Huge amounts of new data are being generated across a range of different industries and markets.

This incredible expansion has brought along certain challenges, such as how to organize, manage, and analyze these vast databases in a secure and efficient manner. This is where SQL (Structured Query Language) comes in. SQL is designed to ease the process and make database management simple.

Almost all businesses today, whether small-scale online stores or multinational corporations, rely on data to run their operations. The data they collect and generate is managed using databases. That means there's a high demand for database management professionals, and pursuing a career as a SQL developer offers lucrative and rewarding career prospects. Here's what to expect if you decide to learn this powerful language.

SQL stands for Structured Query Language and is a computer programming language designed to read, write, and maintain data contained within a relational database. It’s particularly useful for handling and organizing the relationships between database entities and variables.

Professionals looking for ITSM (IT Service Management) certification need to be thoroughly familiar with SQL.

Data is an integral part of any modern-day app. For example, Facebook stores a wide range of information for every user on the platform. Personal details like user name and date of birth are held, together with any content the user posts.

All this information is stored in a database system and SQL is the language used to communicate with that data.

Let’s go through some of the prominent features of SQL:

How Useful is SQL?

How to Use SQL

However, databases are not configured to understand these languages. Barring a few exceptions, SQL is the only language understood by database systems. As a result, knowledge of SQL is paramount, particularly for those wanting a career in web or app development.

Like any programming language, SQL uses a unique syntax which must be mastered in order to write efficient code. The most commonly used SQL commands are as follows:

These are just a few examples of the most basic commands in SQL. The actual usage of commands depends on the complexity of the database.

Commands are used to write queries, which allow you to manipulate data. The system interprets these commands and processes them for various operations like creating a new record in a table or creating a new table within a database.

To interact with relational databases, SQL uses standard commands which can be classified into the following categories:

A database system allows a developer to work with databases through a user interface. Generally, database systems have pre-installed tools like templates, builders, and constructors, all of which make the job of the database programmer easier. These tools automate common tasks like cleaning up the database system.

Here are some of the most popular SQL database systems:

How Quickly Can You Learn SQL?

Generally speaking, SQL is an easy language to learn. If you understand programming and already know some other languages, you can learn SQL in a few weeks. If you’re a beginner, completely new to programming, it can take longer.

One of the most effective ways to kickstart your SQL education is by working on different projects. Jump in and start building a website that uses a database. Write code and solve problems, to gain experience, and learn quickly.

Begin with the basics. Create a database, connect your website, and read/write data to the database. Eventually, you can move on to more advanced skills like optimizing the database for speed.

SQL is by far the most popular language for database programming. It’s used by companies and websites across the globe. If you’re interested in learning this in-demand skill and want to land a well-paid web developer job, enroll in our online Web Development Bootcamp. You’ll learn SQL, along with a range of other essential skills to eventually become a fully qualified full-stack developer.

You can also schedule a call with one of our in-house experts who are ready to answer any of your questions.